GS’s Department of Music to host a Mozart composed Opera 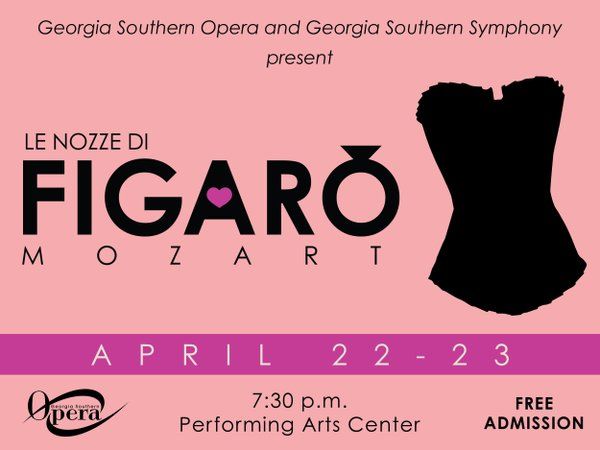 Georgia Southern University’s Department of Music is hosting their annual opera this weekend, April 22 and 23, and this year it is Le Nozze di Figaro composed by Mozart.

This opera is directed by Arikka Gregory and the performance will be comprised on two acts.

According to reginaopera.org, the plot is based in the 18th century and is based on Beaumarchai’s 1784 play La Folle Journée, ou Le Mariage de Figaro. It follows Figaro, a barber, who is to marry Suzanne and the Count of the land is attempting to lay with Suzanne on the night of their wedding, according to a an ancient law the Count tries to reinstate.

As it is known in operas, the plot is hard to follow and oversaturated but it is perfectly balanced by the beautiful music composed by Wolfgang Mozart himself.

The opera is free admission and starts at 7:30 at the Performing Arts Center.