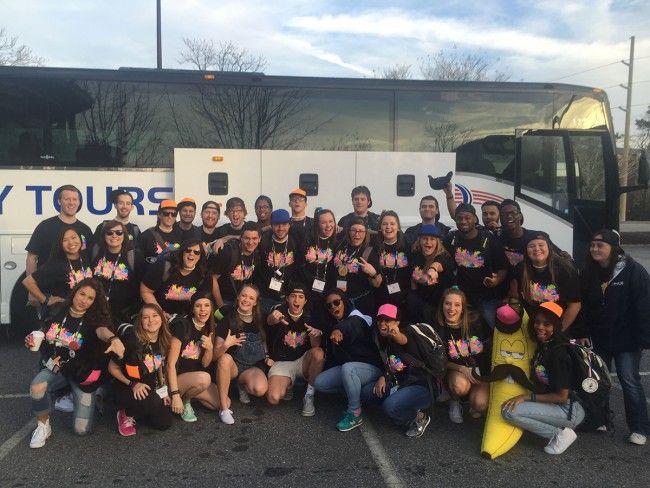 SOAR, every Georgia Southern student knows it. We all have stories or at least distant memories of it. SOAR stands for Southern Orientation, Advisement and Registration.

The SOAR team traveled to the Southern Regional Orientation Workshop (SROW) in Greenville, North Carolina. SROW is a regional conference for the teams that work orientations for higher education institutions.

The SOAR team won third place in the song category Song, Skit, Step and Dance competition. The song was a mashup of popular songs with lyrics changed to relate to Georgia Southern.

Courtney Dyer and Abbie LaMee won best communication in the Undergraduate Case study competition. This competition was to test their problem solving skills by giving them a scenario of a crisis at an orientation event and the participants had to come up with a solution.

Georgia Southern’s “Who Will You Be?” program won Regional Innovative Program Award. “Who will You Be?” is a readers theater that challenges new students at SOAR to think about what role they are going to play on campus.

The SOAR team also donated over 5,200 food items to the conference service project which benefits the Food Bank of Central and Eastern North Carolina.