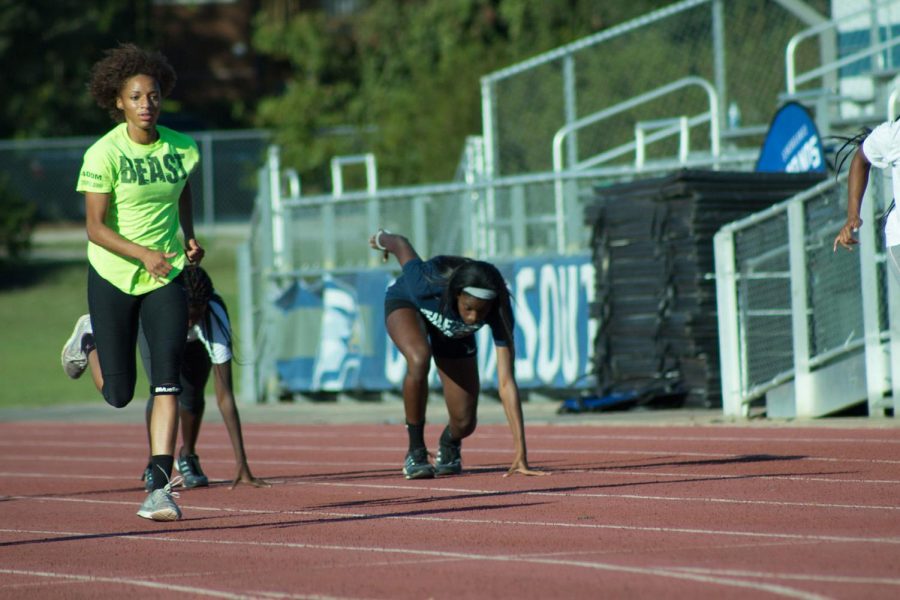 The Lowcountry Invitational took place this past weekend in Mt. Pleasant, SC. Four Eagles earned first place finishes, and the rest of team recorded 26 top ten finishes, giving the Eagles their best meet so the season so far.

Freshman Desiree Blunt earned second in the 100m with her time of 12.24. For the triple jump, Walker was second place with a 11.75m jump. Junior Nia Hill was right behind her at third place with a 11.69m.

Owens and Arnold earned top three finishes in shot put. Owens was second at a 14.17m throw and Arnold was third with 12.08m.

The meet gave a lot of Eagles top place finishes, which will be a major boost as GS heads into Auburn this weekend. The War Eagle Invitational will take place all day Saturday, April 23. This is the among the last three scheduled meets the Eagles will take part in this season.