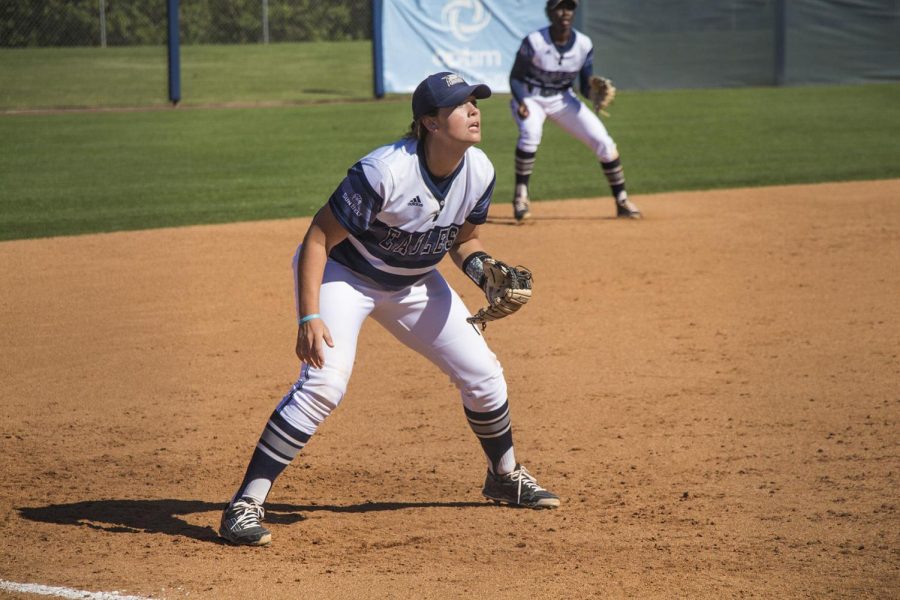 The softball team (26-19) continued their strong season with a road win over SEC foe South Carolina (32-13) on Tuesday evening 6-4. Alesha Mann, Lydia Witkowski and Hannah Ferrell each homered to push the Eagles to victory.

Dixie Raley went the distance on the mound again and picked up the win, giving up four runs on seven hits. She struck out three and stranded eight SC runners on base.

“I am really happy for this team to get a statement win tonight,” head coach Annie Smith said. “I keep dragging our team to games against SEC opponents as well as other tough games and they have learned how to compete in big games like this.”

The Eagles were 0-13 against SEC teams in the last three seasons heading into this game. The win continued the team’s hot streak, and they’ve won eight of their last 11 games. They sit 3rd in the Sun Belt and are four games back of first place.

They will travel this weekend to take on conference foe Troy, who sit just behind them at fourth in the conference. First pitch on Saturday is at 2 p.m.