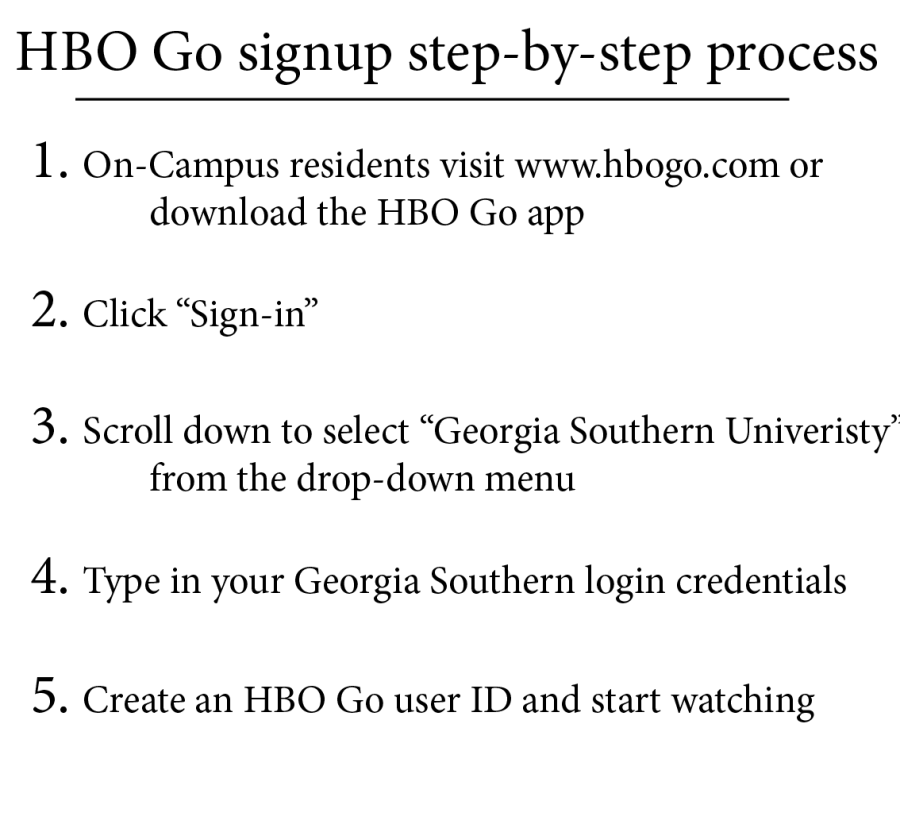 Georgia Southern University Housing has teamed up with ResNet, GSU cable provider, to bring GSU students an easier way to get caught up with their favorite TV shows with the new HBO GO app.

HBO Go, a video streaming app, will allow students living on-campus to catch up with a current list of HBO series, like Game of Thrones and True Dectective, as well as a variety of genres in other TV-shows and movies in their dorm room or wherever students have access.

“Game of Thrones is my absolute favorite show, so this app will always be a way to catch up on the previous seasons,” Sarah Stennet, junior nursing major, said. “I won’t miss the chance to watch the new upcoming season 6 premiere, which airs in May. I will probably be binge watching in class.”

The HBO go app is an extension to the current HBO service provided to on-campus residents.

“We are just trying to give students greater access to resources that they already have,” Ryan Heins, Associate Director of Business and Administration for University Housing, said. “For us, it’s really about maximizing what we can do. What is something else we can add to benefit students in housing.”

Students currently in campus housing, not including fraternity or sorority housing, will be able to login and access the app using their Georgia Southern login with no additional charge added to the housing rate, as it has been included into the housing package.

Students who do not live on-campus, however will not be able to access the HBO Go app. If a student were to move to an off campus complex, access to the HBO Go app will be denied the same day.

Freshman psychology major Jacquline Steward is curious to see if other channels will provide the same access like HBO.

“I currently do not watch HBO, but I probably will start watching it since it’s now free to watch and I live on campus,” Steward said. “It would be great to possibly add a channel streaming app to also watch our favorite episodes for every channel.”