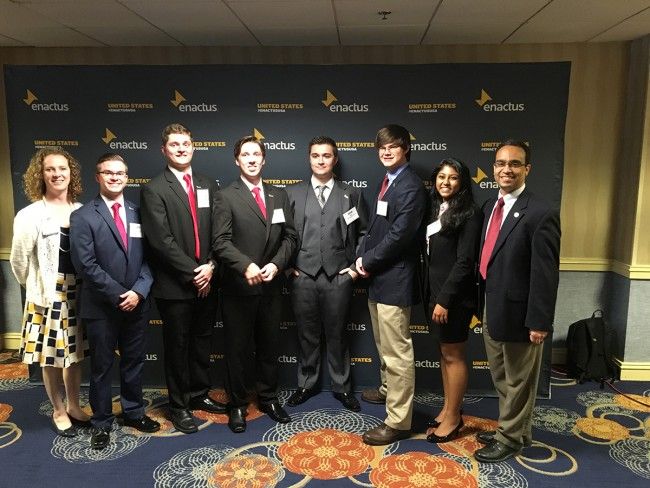 On Friday, April 1, Georgia Southern’s Enactus team competed and won at the Enactus Regional Competition in Atlanta. This is only the student-led entrepreneurial team’s second year since becoming reorganized at GSU, they focus on contributing economic support to the local area.

Representing the team were the Enactus president, Ryan Murchland, vice president, Luke Panosian, and secretary, Zachary Lemons. At the conference, they presented some of the most impactful projects they’ve been working on at GSU throughout the past year.

Among these projects is their involvement with creating the new organization Paws N Claws to help amass backing for the local humane society and revitalizing the SUITS program which helps the underprivileged and unemployed regain a balance within the community.

In addition, the organization also became involved with the Southern Collegiate Gaming Club with whom they’ve organized the first ever Southern Classic Gaming Tournament, which will help raise awareness for cyber security in addition to raising funds for a SCG sponsored scholarship.

“They have truly embodied the mission of enabling progress through entrepreneurial action. They are exploring and identifying problems and working together to implement creative sustainable solutions to improve the community,” Suzanne Hallman, Enactus advisor said.

Enactus will host a fundraiser to raise money for their trip to nationals at Wild Wing Cafe on April 20.