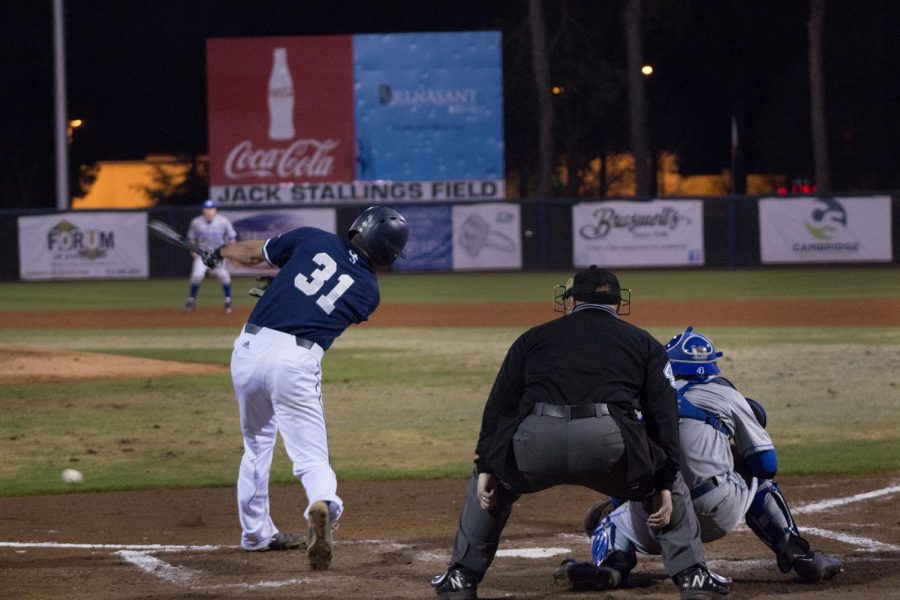 Georgia Southern continued to struggle with their defensive game this weekend as they committed eight errors against Texas State.

The Eagles entered the weekend tied for second in the Sun Belt with Texas State. After a rough weekend, GSU is now tied for fourth in the conference with Little Rock.

“We’ve dug ourselves a little bit of a hole in the league and we’ve just got to battle and fight our way out of it,” head coach Rodney Hennon said.

The Eagles had strong outings by all of their starting pitchers, but the team’s defensive woes hindered them from picking up any wins this past weekend.

The starting pitchers gave up a combined two earned runs over the weekend.

Coach Hennon is not making any excuses with the way his team performed this weekend.

“We’ve got to be tougher mentally, tougher minded and be able to step up and make a play. It’s simple as that,” Hennon said.

Hennon feels like his team is letting the negatives snowball on themselves. The team is working to fix these problems quickly as they are officially at the halfway point in the season. Hennon knows this wont be an easy fix, but he isn’t asking for perfection.

“We are not asking them to be spectacular, we just need to step up and do the routine things,” Hennon said.

GSU did have some positives that came from the weekend.

Ryan Cleveland continued to be a beast at the plate as he belted his third home run in the past week. On top of that, he has gotten a hit in 18 of the past 20 games.

Hunter Thomas is also looking strong at the plate as he is currently on a five game hitting streak.

The Eagles hope to get back to their winning ways as they travel to the College of Charleston tonight and return home Wednesday against Savannah State at 6 p.m.