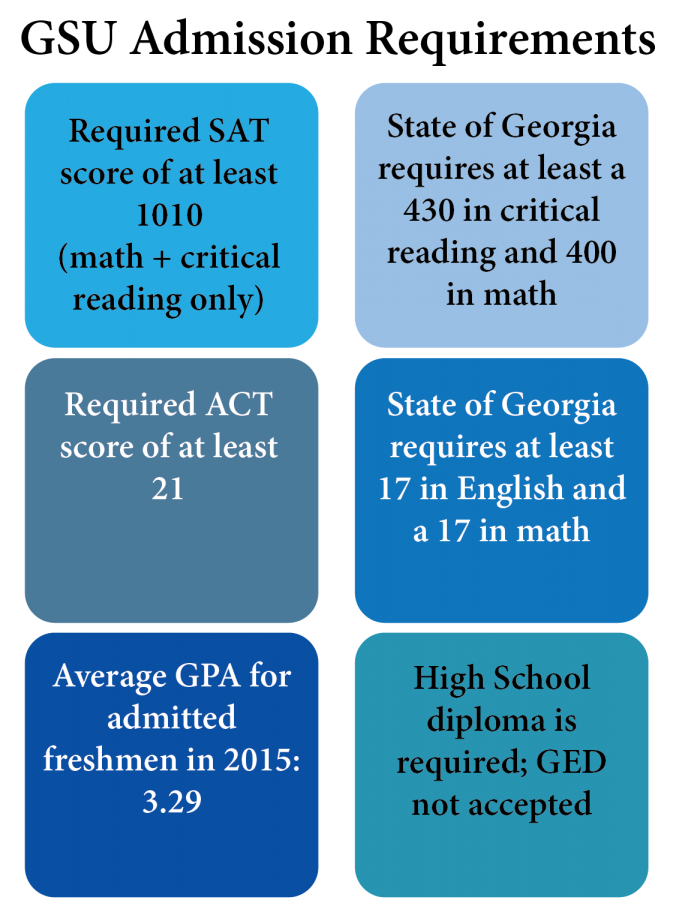 Every year, Georgia Southern’s admission office welcomes numerous amount of people, regardless of qualification, to campus to begin their college careers.

Since 2006, GSU’s enrollment has increased for the fall semester, however, over the past five years, the numbers have been relatively stagnant, ranging from its lowest of 19,691 students in 2010 to its highest of 20,574 students in 2012.

“The number of qualified students graduating from a Georgia high school has decreased or remained steady,” said Smith. “Also, there is also an increase in competition from schools within our state to top students and growth.”

Although the graduation rate for high schoolers in Georgia has increased over the years, the average required scores are low. According to GSU’s admissions, the requirements to attend GSU for freshman are higher than Georgia’s average statistics.

Smith pinpoints specific demographics that admissions would like to focus on when it comes to bringing in more students for the upcoming fall semester.

“We are placing an emphasis on recruiting transfer students to Georgia Southern,” said Smith. “We are also working harder to recruit out-of-state students too.”

Although admissions has its approach of how to bring in students, others have their own perspective on how to bring more students into GSU.

Sophomore public health major Chidinma Uzoagu, who is also an international student, has a suggestion on how to bring in more students from around the world.

Others believe in the method of reaching out to others.

Sophomore criminal justice major Emily Jackson recommends GSU bring more of its own to others, “Representatives from clubs and organizations should go to different schools, have a table set up and tell everyone about GSU.”