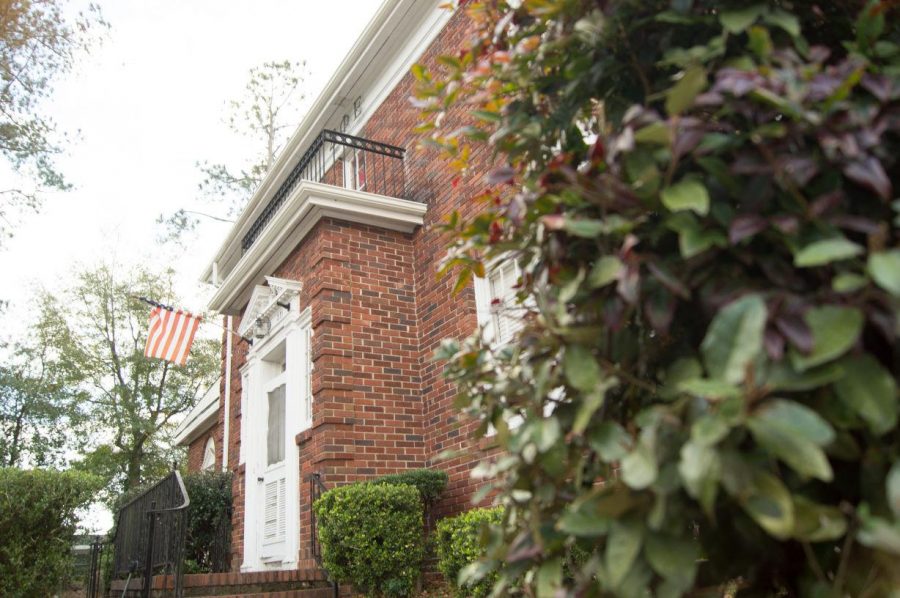 Just before the fall rush period of 2015, the SIgma Phi Epsilon National Office conducted a membership review of Georgia Southern University’s chapter due to drug and alcohol allegations.

This investigation led to the expulsion of roughly 80 percent of their members according to Mikhael Tomlinson, sophomore journalism major and current president of the chapter.

GSU had little involvement in the investigation and chose not to impose any of their own disciplinary action, while the national office conducted the membership review.

According to Teresa Thompson, vice president of student affairs and enrollment management, any national headquarters of a Greek organization can expel members without involvement from the university’s office of student conduct.

Through membership review, a fraternity’s national headquarters can expel members who do not meet the fraternity’s standards.

“[Sigma Phi Epsilon] is committed to creating a safe and healthy experience for all members. One way that we support that experience is through the membership review process, wherein we identify members who are willing to live up to their standards,” Andrew Parrish, strategic communications director from the fraternity’s national office, said. “The alumni, the fraternity’s headquarters staff and the Georgia Southern administration are committed and actively working to provide a safe and healthy fraternity experience on the Georgia Southern University campus.”

Tomlinson denies that allegations against Sigma Phi Epsilon and its members were true.

“They aren’t true. Things weren’t happening how they were describing it. The investigators made it out like we were disrespecting the new guys, but we weren’t. I’m not sure where the allegations came from, and there was no evidence to support their claims,” Tomlinson said.

Tomlinson claims that the national office conducted the membership review without real evidence.

Tomlinson said that approximately 50 out of 60 members of the chapter were expelled, and the remaining members no longer have their fraternity house in downtown Statesboro.

“I don’t know how the decisions were made on who stays and who goes, because, I mean, all of the brothers were involved in philanthropies. [All of the brothers] had great grades. All of the brothers were supportive of each other,” Tomlinson said. “They were all great guys. It’s hard not having those guys around anymore, because a lot of them helped me become who I am right now. I’m doing great in school. If it weren’t for my brothers, I wouldn’t be as successful as I am here.”

Tomlinson denies that the fraternity was involved in any wrongdoing and believes the fraternity should not have been held responsible for, as Tomlinson speculated, incidents with underage drinkers using false identification.

“If some of those guys who were underage and did have a fake ID and were able to drink alcohol, you can’t blame it on the fraternity, because you can’t monitor everybody. It’s hard to do with 70 or 60 guys, it’s hard. I really think it could’ve been handled a different way,” Tomlinson said.

When a customer presents to a licensed alcohol distributor false identification that appears, for all intents and purposes, to be legitimate, Georgia law exonerates bartenders from liability and shifts legal responsibility to the customer.

“[The national office] made us seem like we were drug addicts. It frustrates me, because I know that we’re not like that. How we’re being depicted to nationals, and to other fraternities on different campuses, and we were depicted that way—it doesn’t sit well with me,” Tomlinson said.

Tomlinson believes that membership reviews of fraternities are frequently mishandled.

“The thing is, it does happen all the time. We’re an off-row fraternity—we have a plot on row, we just don’t have a house there—but, I mean, any fraternity could be on the chopping block at any moment,” Tomlinson said. “I have friends in every single fraternity, and one slip-up can destroy a whole brotherhood. It could happen to anybody, it’s really not just us. A lot of fraternities are going through things like that. It happened to us, but we wouldn’t want to see it happen to anybody else, because it destroys a lot of people.”

While the fraternity now only has 15 official members, according to Tomlinson, the current and former members have remained friends.

“We’re definitely all friends. It’s hard to remain in contact, with me anyway, because I’m always doing something with the fraternity. Because [the fraternity] was so big, and now so small, there’s a lot more responsibility on fewer individuals,” Tomlinson said. “So I don’t really have that much time to hang out with them, but when I do see them, [there’s never] remorse. It’s never awkward or anything like that, because we didn’t do anything [wrong].”