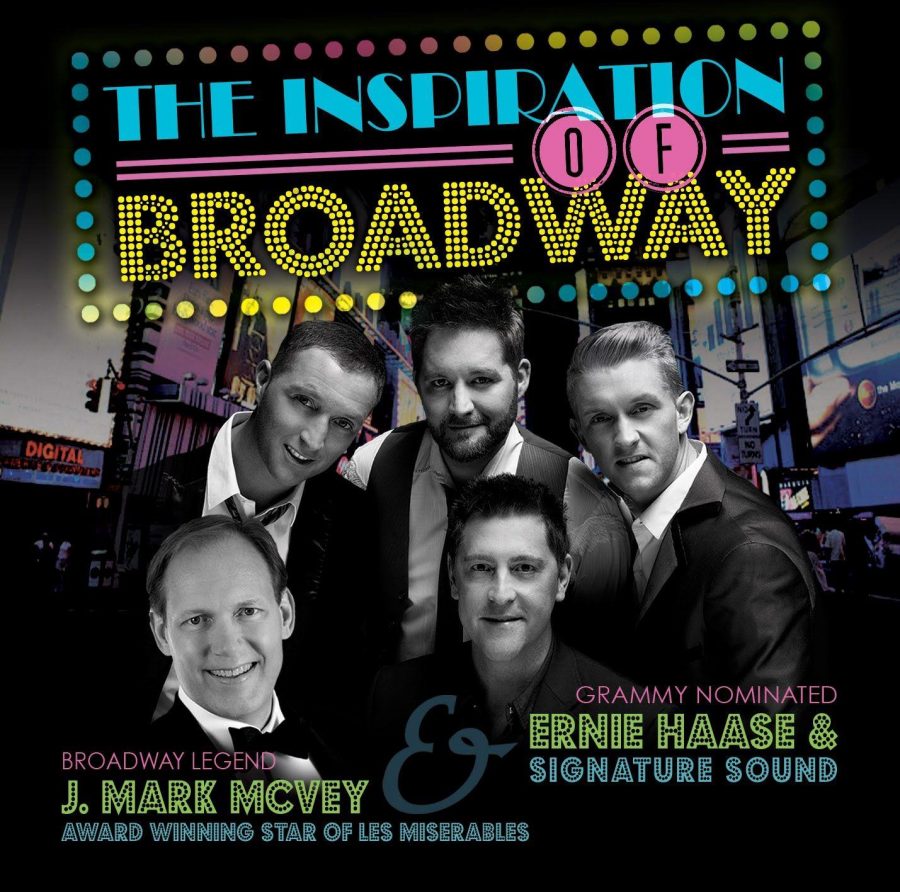 Broadway comes to Georgia Southern University as Broadway’s J. Mark McVey and Grammy-nominated quartet Ernie Haase & Signature Sound have joined forces to produce a show that pays tribute to the many classic, inspirational songs of the American Broadway theater.

Best known for his Broadway rendition as Jean Valjean of Les Misérables, J. Mark McVey will be in concert with the southern gospel quartet of Ernie Haas & SIgnature Sound to perform classic Broadway hits such as “Blue Skies,” “Bring Him Home” and “Blow, Gabriel, Blow.”

According to the Ernie Haase website, Inspiration of Broadway has performed at many youthful locations such as Castle High School in Newburgh, Glema Mahr Cetner for the Arts at Madison Community College, and Georgia Southern University itself in hopes of spreading the passion classical hits.

The Inspiration of Broadway aims to thrill audiences of all ages as the show makes its way to Statesboro Friday, April 1, 2016 at 7:30 p.m. at the Performing Arts Center (PAC).