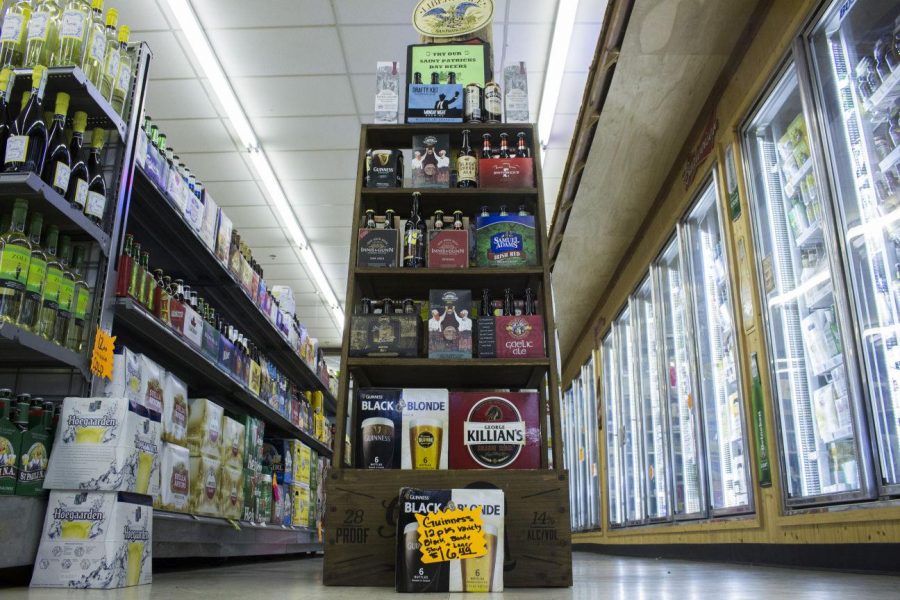 For many college students, beer is an important staple of celebratory and daily life. Sometimes it’s difficlut to decide which beer is suitable for certain situations: whether it be preparing for a party, choosing a special brew six pack to enjoy at home or grabbing a cold one by the pool.

When trying to decide what to enjoy on St. Patty’s Day, it may be best to go for an Irish beer to get into the holiday spirit.

If you are unsure about Irish beers, or beers in general for that matter, seeking a professional’s opinion isn’t that far out of reach. Luckily, there is a beer provider in Statesboro that can help you with your important beverage decision.

Two Guys, which has been open for about two years now, has an extensive selection for both domestic and craft beers, wines and tobacco.

To keep customers in a festive style of thought, Two Guys offers beers suitable to all seasons and holidays. For the upcoming festivities, Two Guys has set up a small stand in their store displaying Irish beers, both imported and locally brewed, to offer different beers to drink other than the typical Guinness stout.

“I always try to push people to try something new,” Paige McClure, sales associate for Two Guys, said. “Guinness is always the best seller for the holiday, but my Irish beer of choice has to be Innis and Gunn Original.”

Innis and Gunn is an Irish style beer that matures in whiskey casks before being sold. It has flavor with hints of toffee, creamy vanilla and oak. At 6.6%, it’s an appropriate beer to drink while celebrating the holiday.

If Innis and Gunn doesn’t sound like a personal style but drinking like the Irish is the goal, Two Guys has much more to offer. They now carry a selection from the Sam Adams Nitro Project, which varies in several different types of Irish style brews. They also carry Highland Gaelic Ale and an Irish beer made by Monday Night brewing company called the Drafty Kilt, which was described as tasting “kind of like a campfire” by McClure.

With all of these Irish beers available, why stick with only Guinness to sip on during the Holiday? For the hardcore Guinness fan’s out there, try their new Nitro IPA which is similar to that classic Guinness taste, but stronger.

In Savannah during the big celebration, the ‘green beer’ that one can see everywhere is actually Guinness Blonde, a smoother, light Irish beer, with green food coloring.

Whatever the plans may be for the holiday, drink like the Irish. They take this holiday very seriously, so respect the beer. What they don’t mention is that it’s really craft beer at the end of the rainbow, not just pots of gold. Happy drinking (responsibly)!