What’s it like being a Division I coach and having to recruit during a global pandemic? 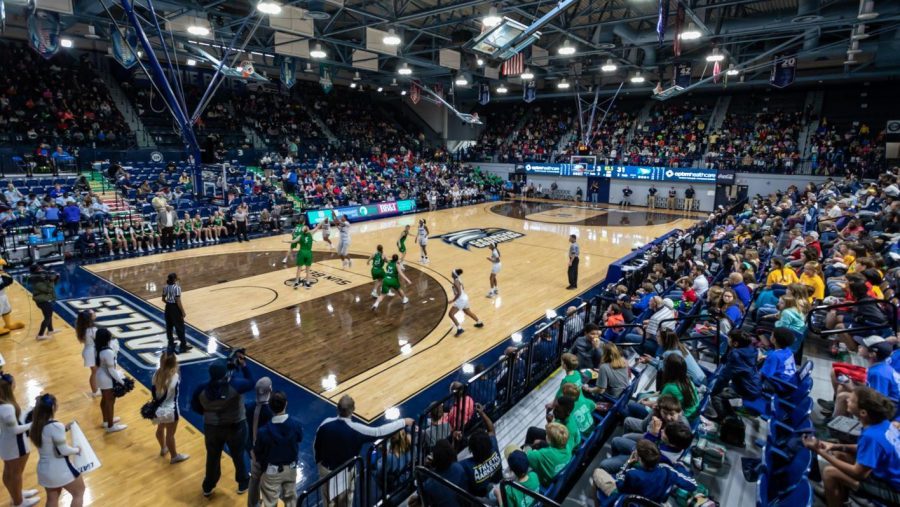 Coaches around the country have had to digitally recruit student-athletes due to the Coronavirus pandemic. Second-year Head Coach Anita Howard has had to come up with innovative ways to intrigue athletes at home.

Anita Howard is still on the Statesboro campus of Georgia Southern. She’s considered an essential employee, even though her team is dispersed around the country in their respective homes. She still comes into her office everyday and works on the rebuilding of the GS women’s basketball team.

When her team’s season ended on March 10, a loss to Louisiana on the road, she had no idea that the league would have to cancel the rest of the tournament … or that the country would somewhat shut down.

She gets eight hours a week with the student-athletes, just like every other offseason, but she cannot see them in person. Individual spring workouts and team practices are not an option, but the strength and conditioning staff sent home voluntary at-home workouts.

With a loss of six seniors this year, Howard and her staff are actively working towards building their own roster, independent of the Kip Drown era, and improving their relationships with the current Eagles.

“We’re doing team meetings through Zoom,” Howard said. “We’re able to watch film with them, and that’s a good thing … We’re doing a really good job of just building those relationships where we didn’t have that much time when we first got hired to do that.”

Recruiting during a global pandemic is a new territory for coaches around the nation, but they have found a way to keep the process moving, even without ever coming in contact with the recruits.

A few days ago, the NCAA extended the league’s dead period until May 31 from April 15, but will follow CDC guidelines if it needs to be extended. The “dead period” refers to a period of time that coaches cannot be face-to-face with college bound athletes. The NCAA cites their reasoning due to exposure to COVID-19. Most travel is limited anyway, but this could mean that some athletes commit to a school before they can even visit the campus in person.

“We’ve got to bring Georgia Southern to their couches now,” Howard said. “We’re giving virtual tours … via Facetime and things of that nature. It’s forced us to be a little more creative. We’ve put together a really good presentation that we’re able to show what it would look like if you were on campus.”

Until students can return to campus in the fall, coaches will continue to lead remotely. There has not been any talks to push back the start of basketball season in October, but this is an ever changing situation.