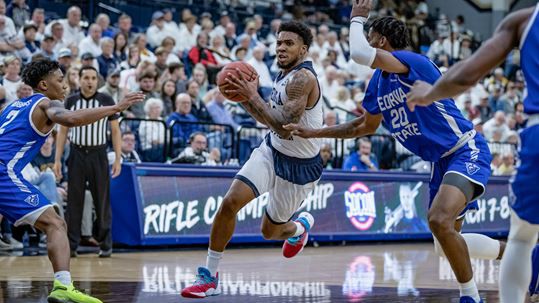 Georgia Southern men’s basketball team guard Ike Smith is a recipient of the 2020 All-American Athlete Award, as announced by the National Strength and Conditioning Association (NCSA).

Smith was named All-Sun Belt and NABC All-District in his final season for the Eagles after coming back from an injury that caused him to miss 23 games in the 2018-19 season.

Smith averaged 14.1 points per game and 5.5 rebounds per game in his final season. He finished his career second on the Georgia Southern Division I scoring list with 1,931 points and 10th in rebounds with 668.