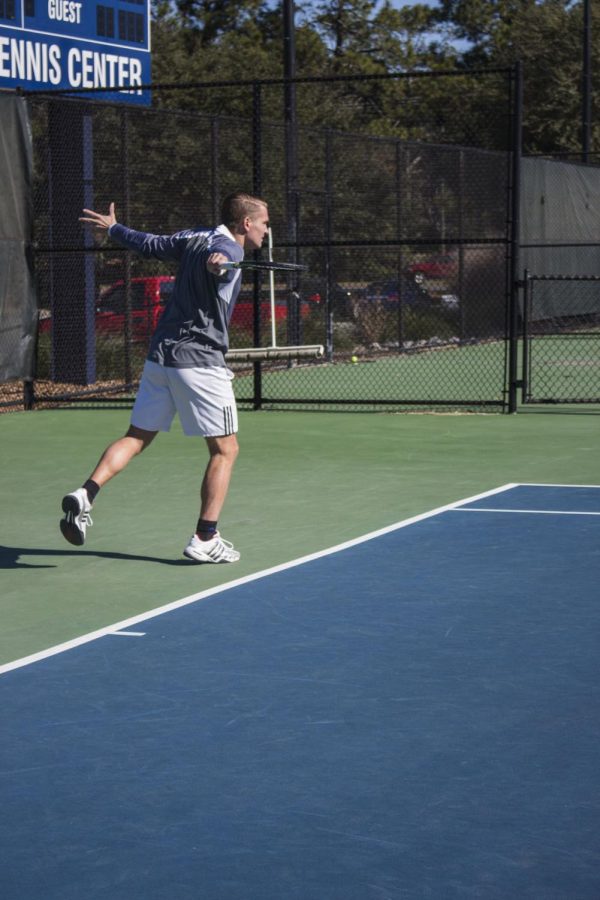 Derik Wuchte
The Eagles will host their first match of the spring season this Friday against Nicholls State. The opening match will begin at 2:30 p.m.

After a split 1-1 in Conway, SC this past weekend, men’s tennis finds themselves 5-3 on the season. So far, they have played all eight of their matches away. This coming Friday will be their first home match of the season. It will lead into a six home game stretch until the team finally plays away in mid-March.

At the number two spot for men’s tennis is sophomore Joan Carles Alcala. His record in singles for this season is 5-2. After recovering from an injury-ridden last season, he has been able to play healthy for this year and contribute to the team’s overall success.

With the team finally getting to play at home for the first time, Alcala and the other Eagles are ready.

“We are really excited,” said Alcala. “We are looking forward to playing here at home. As it’s going to be the first home match here, we want the people to come. We’ve been doing stuff to try to make people come. We’re excited to play here.”

GSU will get to play a 1-3 Nicholls State on Friday. With Alcala getting to play at full health, the Eagles will be ready to show what they got at the home opener.

“For me, I’m really happy because it’s my first season that I can play injury-free,” Alcala said. “Last season, I couldn’t play. The whole season, I was injured and I was able to only play maybe two months and half, maybe three. The fact of playing, for me, is already a success. Plus, if you add that we are winning, it makes me even more happy.”

When the Eagles play at home, their spirits are normally high. All the players find themselves cheering for one another and they balance each other’s momentum. Since it’s at home, the players are comfortable with the crowd and the courts.

“For me, what I really like is when you have the people that you know cheering you up. That atmosphere: I really love it,” Alcala said.

Nicholls State will be the Eagle’s opponent on Friday, Feb. 26 at 2:30 p.m. The match will be at home in the Wallis Tennis Center. Following that will be a doubleheader on Sunday, Feb. 28. The Eagles will play Jacksonville State at 9 a.m. and then the Savannah College of Art and Design at 1 p.m.