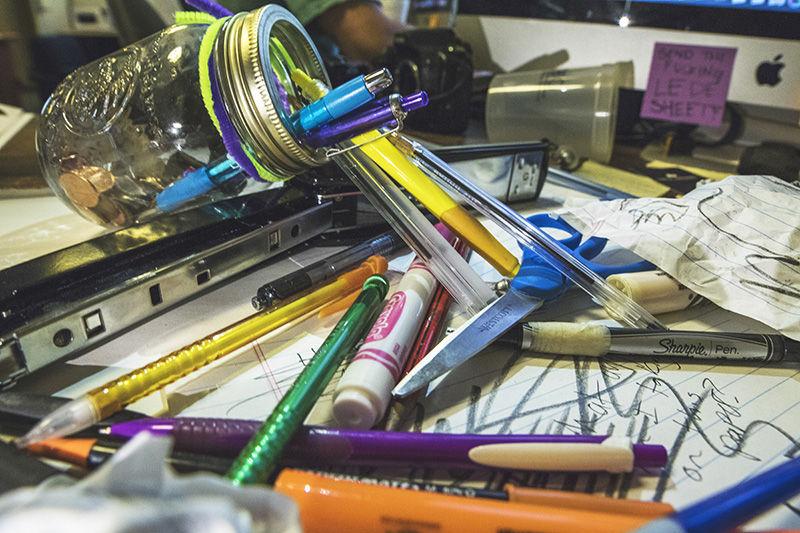 When students think about Georgia Southern, they think of Eagle Nation, of the special bond we as students share with one another. What is at the heart of this bond? It’s our community. It’s the members of our student body that make us True Blue.

Our tight-knit community is the key to the success of our university and the relationships that we form here are the key to our success as individuals. This semester, The George-Anne Special Publications section hopes to shed light on issues that our student body is facing, and give a voice to those issues that often go unnoticed.

This edition will focus on mental health awareness on campus, specifically wellness and on-campus resources that students can utilize during their time here at Southern. We spoke to brave students, who were willing to share their stories as well as trained professionals who revealed facts about the true nature of mental health on our campus.

According to NAMI, the National Alliance on Mental Illness, within a single year it is estimated that 43.8 million adults in America will experience mental illness. Many members of Georgia Southern’s student body struggle with mental illness, however the key is recognizing the symptoms, combating them and learning to live with them.

Joye adds that students also experience adjustment disorder, something most would describe as being “home-sick” but it can still affect a student’s daily routines.

“It’s time limited, and comes down to impaired daily functions, and not performing their daily activities,” Joye said.

Joye recognizes that GSU deals with mental illness on a daily basis, although it may not be something that every student thinks about every day.

“I definitely believe that Georgia Southern’s campus deals with mental illness, because we are all individuals who go through many different things that affect us while we are here at school,” KeShawn Harris, SGA At-Large Senator, senior public relations major, said.

Anxiety happens to anyone who is under distress or fear of misfortune and in college many students deal with anxiety in some shape or form. According to the Anxiety and Depression Association of America (ADAA), college students can experience anxiety from exams, classes, organizations and anything that one may do in their daily life. The ADAA also stated that 62 percent of students who withdrew from college, withdrew because of mental health problems.

The ADAA explains depression as a condition in which a person feels discouraged, sad, hopeless, unmotivated or disinterested in life in general, and although depression is treatable, it is a prevalent illness that affects many people, three to five percent to be exact..

Anxiety and depression are not the only factors affecting students. Relationship issues, whether they be romantic, platonic or familial, as well as financial problems are concerns students are facing.

Although these concerns are some of the most widespread,  students who visit the Counseling Center are actually dealing with an entire spectrum of mental health concerns, Caldwell said.

“Oftentimes I get asked by students or job candidates, ‘What do you typically see at the Counseling Center?’ What I tell them is everything. If there is a diagnosis, we are probably seeing it here,” Caldwell said.

Recognizing mental illnesses on college campuses is only the first step. Talking about it openly and seeking help involves getting over the stigmas often associated with mental illnesses.

Gail* a young woman who was diagnosed with bipolar disorder II shared her thoughts on the culture of stigma.

“I think our generation is definitely more open and accepting but I still don’t share [that I am bipolar] upfront because people definitely look at you differently and understandably so because all they hear about are people who are bipolar who kill their whole families or abuse them or kill themselves, so there’s gonna be a stigma around it for a long time. You don’t hear stories about the functioning members  of society with mental illness,” Gail said.

These stigmas are not only found in the college student generation; they also come from the culture associated with a college campus like GSU.

“In the South, and rural areas, we are taught to get yourself together when it comes to mental health, and pull yourself up,” Joye said.

While there are negative connotations associated with mental health in the outside community, the perception of mental health on GSU’s campus might not be so pessimistic.

“Historically there has been [stigma]. What I have found on this campus is that there’s always going to be a little bit of that but students on this campus by and large seem very willing to access the resources that are here for them,” Caldwell said. “I hear a lot from students who say ‘my mom or my dad or my family doesn’t believe in therapy or they don’t believe in medication,’ so I think that a generation removed, the stigma is still there but the current generation is much more open to talking about mental health concerns and coming in for our services.”

The University Counseling Center is a resource for students seeking help coping with mental health issues. Students have access to the Counseling Center at all times, and each student is guaranteed 12 free individual sessions per year. To learn more, visit their website at students.georgiasouthern.edu/counseling/ or call (912) 478-5541.