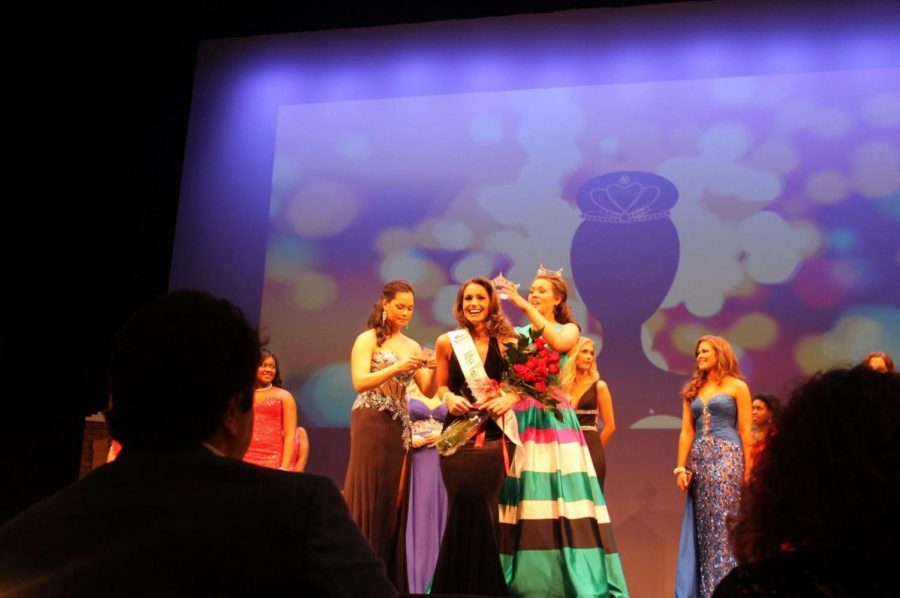 Whether it’s hunting or having her own gun collection, Harley Strickland, the winner of Miss GSU, is proving that there is more to pageant queens than meets the eye.

“I love to hunt and fish,” Strickland said “If I’m not in classes or pageants I’m out in the woods doing something.”

A lot of time and effort goes into Strickland preparing for a pageant. It includes work outs, interview coaches and watching the news so that she knows what’s going on in the world.

She isn’t all business, as explained by a her fun tradition before a pageant. “I always have a huge coke before I compete,” Strickland said.

Strickland is also a huge fan of Reba McEntire and her music. She listens to her on the way to interviews and especially likes songs such as ‘Fancy’ and ‘The Night the Lights Went Out in Georgia.’

One of the things she loves the most about competing are the elegant dresses. She works at Frills by Scott, a gown shop.

“I love feeling beautiful in a beautiful gown,” Strickland said.

Strickland wants to help people with the recognition that comes from winning the crown, her personal platform is patients in hospice care. She uses her talent for sewing to make the hospice patients pouches for their walkers, as well as outfits for her dog Ozzy, the morkie.

Strickland shared an anecdote that illustrates why her advice to other competitors is to never give up. “Never give up,” Strickland said “I’ve lost more times than I’ve won. I’ve learned more from the times I’ve lost.”

Junior year of high school she competed in the school pageant and didn’t place after messing up an onstage question. To make it even more humiliating, the mother of a fellow competitor was a substitute teacher and made fun of her afterwards in front of the entire class.

With practice, she made sure to be was ready when the next pageant came along.

The following year she not only placed, but also won the title and proved to the woman and herself that she could go above and beyond.