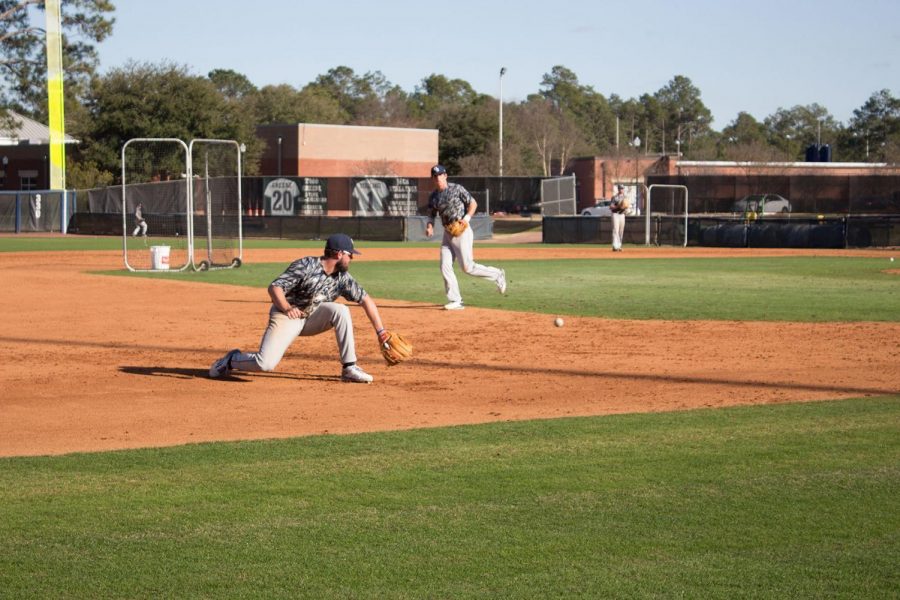 This Friday, the Georgia Southern University baseball team will travel north to Athens to take on the University of Georgia to open up the 2016 season. It will be a three-game series and will wrap up Sunday afternoon.

GSU is looking to keep its winning streak going against UGA as it swept UGA last year and is 7-2 against them over the last three seasons.

UGA had a dismal season last year, finishing 26-28 overall and 10-19 in SEC play, giving them a 7th place finish in the SEC East last season.

GSU on the other hand went 30-27 overall and 18-12 in conference play, giving them a 4th place finish in the Sun Belt. GSU is losing six starting positional players and one of the three starting pitchers they had last season.

Head Coach Rodney Hennon has been making sure his team gets better every day and he feels very confident in his team entering the season. He is not worried about the team’s upcoming season and feels like these younger guys will be able to step in and contribute to the team’s success this season.

“Obviously they wouldn’t be here if they didn’t belong so we are excited about what some of those guys will be able to do to help our team,” Hennon said.

Similar to GSU, UGA is losing a good bit of their starters from last season. UGA lost its top pitcher and co-captain, Jared Walsh, after the 2015 season to the draft. Walsh finished his senior year going 5-2, with a 2.60 ERA. Walsh also made 41 starts in the field, playing first base, right field, and designated hitter. He ended his senior season with a .306 batting average, which was the team’s second best last season.

Outside of losing their top pitcher, UGA will be returning some of their top players, including center fielder Stephen Wrenn, outfielder Keegan McGovern, and RHP Mike Mancuso.

After the opening series with UGA, the Eagles will host Georgia Tech next Wednesday, at J.I. Clements Stadium in the 2016 home opener. First pitch for that game will be at 6 p.m.