Eagles prepare for final eight games of the season 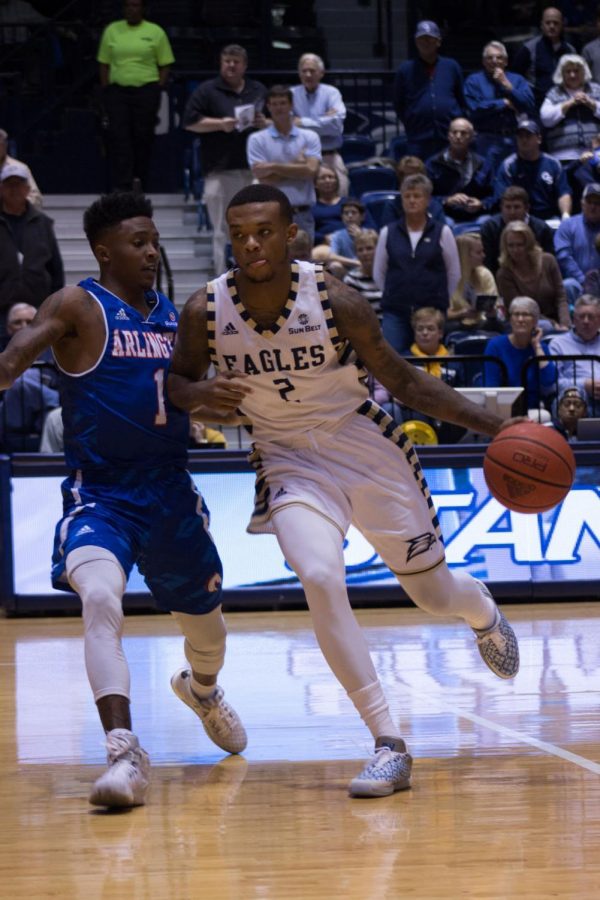 The Georgia Southern Eagles ended their home stand with a 66-62 win against the Texas State Bobcats on Saturday. The win brought them to a 10-12 overall record and a .500 record in conference play at 6-6. Their three game winning streak is the longest of the season.

The Eagles have now jumped to seventh in the Sun Belt, while only being one game behind multiple teams for third place in the conference. They have been led by sophomore Mike Hughes, as well as freshmen Tookie Brown and Ike Smith, putting up a string of great performances to ignite the team.

Hughes, Brown and Smith have averaged 20.6, 22.6 and 12 points per game in their three game winning streak respectively. One stat that has been consistent in the Eagles success has been their second half scoring differential. The Eagles have outscored their opponents 124-103 in the second half, with Texas State being the only team to outscore them in the second half by two points.

“I tell them we can’t use being young as an excuse anymore for not winning games. I’m really proud of our guys and the way they’ve been playing” Coach Byington said after the team’s win on Thursday against Texas-Arlington. Being the youngest team in college basketball, their inexperience was an obstacle they have tried to overcome all season and now they seem to have finally gotten over the hump.

The Eagles upcoming game against Troy on the road Thursday night will test the Eagles once again, though they won the last matchup at home in overtime 93-88. That game showed one of the Eagles’ most resilient moments of the season, as they lead by 15 at the half but let the Trojans battle back to send the game into overtime where the Eagles ultimately won.

The Eagles play eight more games this season and each game will be crucial as they contend for a strong finish and a high seeding in the Sun Belt tournament.