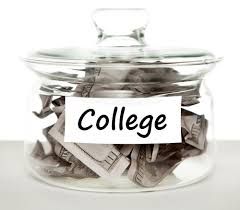 The tuition rates for Georgia Public colleges will stay the same for the 2016-2017 academic year.

This a dramatic change in the trend, according to data from the college board, over the past 5 years the average cost for in state tuition and fees at 4 year public colleges in Georgia have increased by 46 percent.

On Tuesday of this week the Chancellor of the University system of Georgia announced a stay on the rate of tuition for Georgia’s public universities.

The reason for this decision is Georgia lawmakers proposal of legislative action to cap tuition at the inflation rate.

Georgia House majority leader Matt Ramsey has sponsored House Resolution 1326, a change to Georgia’s constitution that would keep the tuition rate from increasing any more than the inflation rate.

Ramsey and University system Chancellor Hank Huckaby see this as a proactive measure as they have both received complaints from parents dealing with the staggering increase in tuition rates.

The legislation is in committee but could soon go to a house vote.

No matter the outcome for this proposal collegee students and their families can rest a little easier knowing tuition will not increase this academic year.