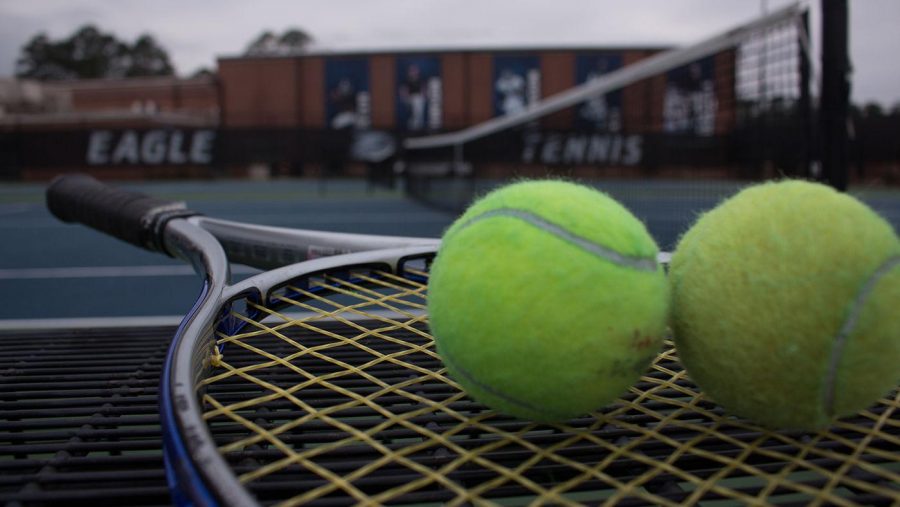 Derik Wuchte
The Eagles competed in their first meet of the spring season on Tuesday afternoon. They defeated South Carolina State 5-2.

Senior Giulia Riepe and the Eagles took it to the South Carolina State Bulldogs on Tuesday by defeating them 5-2. This marked the first competition play for Southern this spring. With the addition of two new freshmen after fall, the Eagles are able to start on the right path as they look for a big season.

It was singles that carried the Eagles into victory on the day. Doubles did not get much momentum going for Southern. It was a tough time finding answers and the Eagles managed only one win from their three teams. The team of Riepe and freshman Emilia Bujan were the only ones to find a victory as they swept Oleksandra Fillippova and Carla Petreanu 6-0.

Singles proved to be a high point as the Eagles pulled out an impressive team victory. Out of the six singles matches, the team earned five wins. It was a well-fought match from South Carolina State, but Southern was able to clinch the win.

Bujan, Southern’s other freshman starter, defeated Brown 6-2, 6-4 at the number five spot. Smith at number six earned a win over Petreanu 6-1, 5-7, 6-3. Norregaard was the only one unable to find victory as she was defeated by Marcanikova 6-3, 6-2 in the number four spot.

Last season, women’s tennis went 10-8. The team had both veterans and young talent that played at a very high level. For this year, the recipe to success is a bit changed. Southern has a roster of eight players with four of those being freshmen. Two of them saw college competition for their first time on Tuesday.

Tennis is the type of sport where the best team that day is the one that executes better. A team can come with a strong mindset and outplay anyone, despite any factors holding them back. The Eagles had all the right answers for South Carolina State and they were the better team that day. As the season continues, the Eagles will continue competing in their own way as they look for the key to a Sun Belt Championship win.

Savannah College of Art and Design will be Southern’s next opponent on Saturday, Jan. 30. The match will take place in Savannah and it will begin at 2 p.m.