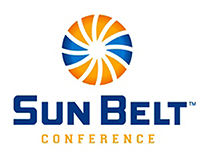 Robert George
The Eagles will play four home and four road conference games this season. They will travel to take on the defending Sun Belt Champions Arkansas State Red Wolves on a date TBD.

The Sun Belt conference opponents have been announced for the 2016 football season.

In addition to playing rival Appalachian State in Paulson Stadium, the Eagles will host UL-Monroe, UL-Lafayette, and Troy.

The Eagles will travel for four conference matchups this upcoming season. They play South Alabama, New Mexico State, 2015 Sun Belt Champions Arkansas State, and rival Georgia State on the road. It will be the first contest against since Arkansas State since entering the Sun Belt. The dates and times for these games have not been released.

The Eagles will also travel back to Atlanta to Bobby Dodd Stadium for a rematch with the Georgia Tech Yellow Jackets. It will be the second meeting in the last three years for the two schools.

The Yellow Jackets defeated the Eagles 42-38 in the 2014 season. The Eagles overcame a 25-point deficit to take the lead in the fourth quarter before surrendering a touchdown in the final minute of the game.