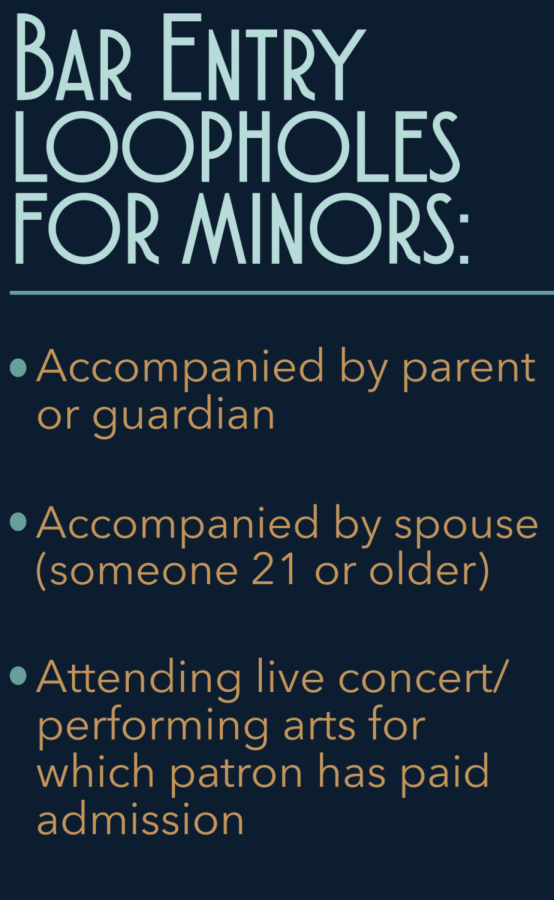 House Bill 152, which consists of a series of alcohol distribution regulations (most notably of which prevents persons under the age of 21 from entering any bar in the state) was signed by Governor Nathan Deal on May 5, 2015, and will be instituted state-wide on July 1, 2016.

Most commonly known as Michael’s Law, in reference to Georgia Southern freshman Michael Gatto, who passed away following a violent altercation at Rude Rudy’s in August of 2014, Bill 152 includes a lot of requirements that could affect business and students throughout Georgia.

Shortly after his death, Michael’s parents Katherine and Michael Sr. learned that Rude Rudy’s did not hold liquor liability insurance, which meant that the bar was not legally obligated to pay any of the costs associated with Michael’s hospitalization or funeral expenses.

They later vowed to protect minors and to hold licensed distributors accountable by way of legislative action, leading the way to the implementation of Michael’s Law across the state.

This particular specification has major implications for local businesses that are slightly above or below that mark. Bars will either have to increase or maintain food revenues, respectively, in order to establish or solidify their status as a restaurant that serves alcohol rather than a bar that serves food.

In addition to the age restriction placed on patrons, bouncers and bartenders employed by a bar must also now be 21 or older. However, the age restrictions on patrons can be circumvented if the licensed distributor is hosting a live musical or performing arts event for which patrons have paid an admission price.

Section two outlines the process in which licensed alcohol distributors are responsible for self-reporting disciplinary action taken against the place of business to the Department of Revenue within 45 days of the incident.

Businesses are subjected to any disciplinary action taken in response to a violation of a law or regulation by the licensed distributor or its employees under a strike system.

“If someone comes in with a fake ID that looks legit and says that they’re 21, they become liable. Bartenders and staff get into trouble when someone comes in while lacking proper identification,” Adam Justice, senior marketing major at Georgia Southern and bartender at Gnat’s Landing, said.

An initial strike can result in a fine up to $750.00. A second strike occurring within three years of the initial discipline may result in the suspension or revocation of a distributor’s license.

“The strike system will force bar management and staff to follow these regulations because the consequences of not doing so are pretty severe,” Michael Sapp, manager at Big Show’s, said.

The bill concludes its proposals with a complete ban on the manufacture, possession, purchase or sale of powdered alcohol by civilians and licensed alcohol distributors alike.