Online classes and trips to Walmart: Our staff’s observations 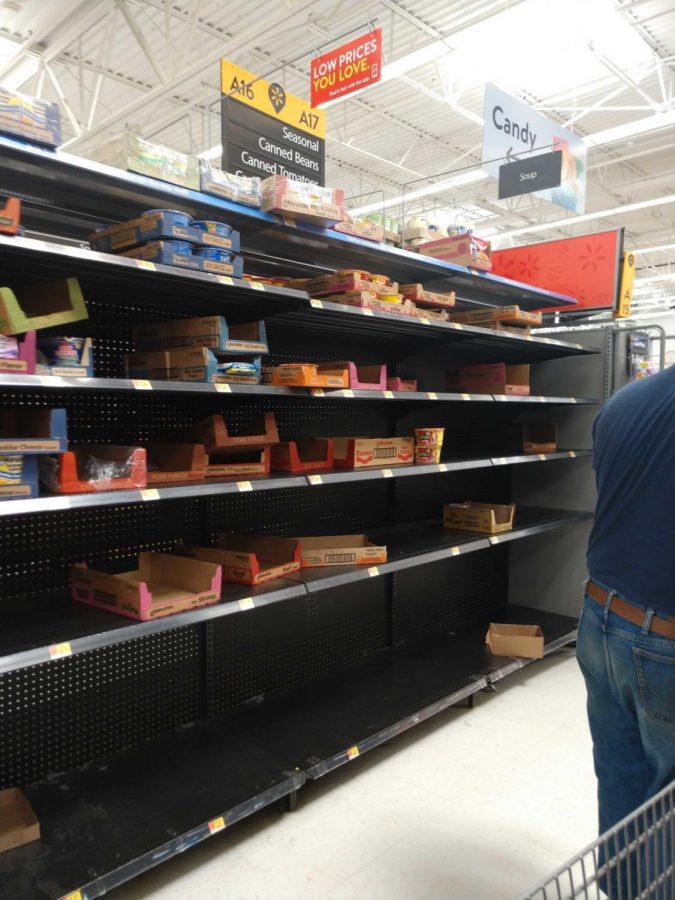 Our staff at The George-Anne Media Group is spread across several cities with the campus shutdown. Sending their observations from Peachtree City, Augusta and Statesboro, members of our design and photography team react to crowded supermarkets and unfamiliar online classes.

Morgan Carr went to a Walmart in Peachtree City and found empty shelves.

At another crowded Walmart, Emilie Powell and her sister bought a can of paint in Augusta Tuesday.

“There were lots of people in the store. Walmart has stickers at the checkout that explain to stay six feet apart; however, the stickers are not placed six feet apart on the floor,” Powell said.

Shaun Boyce has had difficulty in his online classes. He said feels as though he is teaching himself the material and not learning anything.