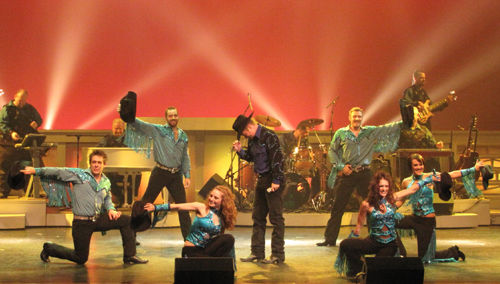 The Georgia Southern Performing Arts Center (PAC) will host “Live from Nashville” on January 30th at 7:30 pm, a musical spectacular that will showcase twelve different performers and take the audience on a wild ride through Nashville’s country music scene and just why the Tennessee city got the nickname of the “Music City”.

Many of the cast members have performed for and worked with other big production companies including, but not limited to, ABC, Disney, and Dreamworks. Many have even sung along side with the biggest names in country music, like Dolly Parton, Jan Howard, and George Hamilton IV.

According to a press release by the university, there will be pre-show activities starting at 6:30pm for the audience, beginning with a Country Cake Walk. The winners will receive custom swag, a cowboy boot-shaped cake, among other prizes. Other activities include a Best Boots contest and a selfie station.

Finally, at 7:30pm, the show will begin, opening with current country music songs, before moving into country classics and ending with modern country music hits for the first act. The second act will feature 1990’s country music, great country duets, before ending with country songs from different parts of the United States.

For more information, email the PAC at [email protected].