Before You See It: SELF/Less 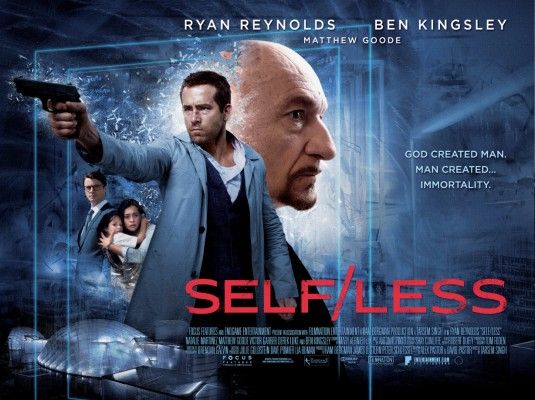 If you could switch bodies with Ryan Reynolds, and live his life with his muscles and charms would you do it? Damian (played by Ben’s Kingsley), a dying billionaire, decided to do just that in Self/Less. Damian has terminal cancer and with a new experiment called shedding. This process involves switching one’s consciousness to an artificially grown body. However, after a few days of playing around in his younger body, Damian starts to experience vivid hallucinations about a life he does not know, and this where the movie really quicks off

Self/Less has two very distinct halves of this movie: the first half is paced as a ‘Who Done it?” mystery novel and once Damian founds the who it becomes a who to confront, “Jason Borne” movie without Matt Damon.

This is not a bad thing, and actually keeps the movie interesting by not getting to bogged down by either science or unnecessary explosions. It is a perfect popcorn movie with an emotional harp to try and pull out some tears before the credits start to roll.

Now is it worth spending an extra two hours on campus during prime time Friday night time? Yes, the movies coming out this weekend are either a horror movie called The Boy, which looks great but not if you don’t like horror films, or Dirty Grandpa, once again looks great but also very cliche. Both are a risk to shell out roughly $20 for (including tickets, snacks, and such).

Self/Less is worth not having to pay to see it, and you get to Ryan Reynolds one last time before he is covered by his red mask.

Self/Less gets a 3.5 artificial bodies out of 5.