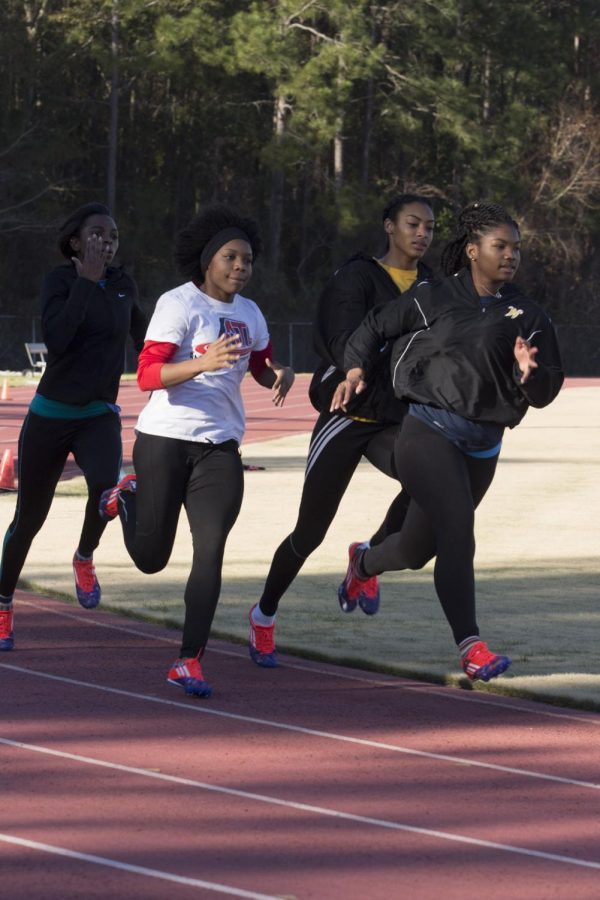 Georgia Southern’s track & field team competed in the Wake Forest Invitational at the JDL Fast Track in Winston-Salem this past Saturday. In over 15 events, the Eagles placed well and earned 10 Top-5 finishes on the day.

Head Coach Kelly Carter recognized the team’s potential and was glad to have his team competing at the level they did.

“I was very pleased with how we opened up the first meet of the year,” Carter said. “I can’t say I had many expectations. I wanted to see where we were at after having a good fall session. It was good giving our ladies a chance to compete out there against other people instead of being in a practice study.”

The JDL Fast Track is an indoors facility, something Southern does not practice in normally. It presented a different challenge for some of the newer players, especially for the freshmen.

“Some of our freshmen have never run indoors,” Carter said. “I was really pleased with where we were. We were using this meet to gauge where we were for our conference.”

Senior Ashleigh Rasheed found a 3rd place finish in triple jump with her jump at 11.40 meters. Senior Jasmin Walker got 2nd at the long jump with a score of 5.62 meters. Senior Keyanna Harris earned 4th place in high jump and junior Kelsey Arnold got 4th as well in weight throw.

Sophomore Bailey Willett got a 4th place finish in the 600 meter run with her time of 1:37.550. She was followed by freshman Jillian Sloane who finished in 6th at 1:38.18. The 4×400 meter relay team of senior Aliya Parker, Bailey, Sloane and freshman Breanna Thornton were able to secure a 5th place finish on the day.

“All our returners: they had already competed in the JDL Fast Track so it was a chance for them to get back at it and put some things in place. We’ll get intense in certain things. We’ll look and see where we need to improve. We’ll look at where we can get consistent. We’ll prepare our mind and body to meet the demands the conference provides.”

One of the big points for the Eagles on the weekend was during the 5000 meter run. Sophomore Rebecca Parker, one of the cross country runners, earned a 2nd place finish at 18:53. The other cross country runners of junior Bianka Loza and junior Ashton Lord finished 3rd and 5th, respectively, with times of 19:08 and 19:13.

“In our 5000, Rebecca Parker, Bianka Loza and Ashton Lord all ran well,” said Carter. “Respectively, they placed 2nd, 3rd and 4th overall, all-time, for the 5000 indoors for Georgia Southern.”

“I think track started in 2000 or ’99. Since that time, we’ve had some ups and downs in our distance program. It’s really good to see these young ladies are coming on and putting themselves in a position to make a statement, which they already have, for the team, all-time, at Georgia Southern.”

The Eagles will be taking the next weekend off as they prepare for their next competition at the Bob Pollack Invite in Clemson, SC. That will be an all day event that Friday and Saturday on Jan. 29 and Jan. 30. Southern will not be having any home meets this season. Their closest competition to home will be in Athens in April.