Talking about anxiety makes me anxious 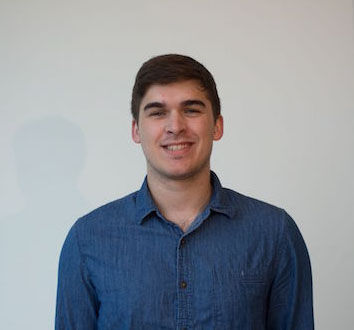 Let me start this by stating that I am not an expert on mental disorders. I am not an expert on anxiety. I know my own personal experiences struggling with anxiety and some information that I have learned from people much smarter than myself. This is written in a way that other people can understand what anxiety is from a more human perspective. This is not to define whether or not someone has a disorder or is just anxious. I write this so that you can understand, even if it’s only a little, how it really feels to struggle with something so debilitating.

Anxiety can destroy you. It is a pile of bricks just waiting to topple on top of you and leave you helpless. It is that constant pull in the back of your mind telling you that something is wrong. The pull that is saying something is wrong with you. Even when everything seems completely fine. Anxiety is a flood of worry that drowns your entire body. It makes your bones ache and your muscles tense. It is something that cannot be pushed away from one person saying, “Everything will be okay.” Because that just isn’t how it works.

The majority of people see the word anxiety and deny the fact that it can affect them. We see this word that is plastered in our minds with a negative connotation and attempt to disassociate with it. The problem is that students don’t know anything outside of the lists of symptoms from online searches. People cannot see the real emotional and physical issues that are caused from anxiety. “It is well known that anxiety and depression can cause specific physical, or somatic, symptoms, such as: fatigue, joint and muscle pain, poor nutritional status, sexual dysfunction, problems with concentration, and sleep disturbances,” Brian M. DeLoach, M.D., the Medical Director for Georgia Southern, said.

When I arrived at GSU, I knew that I had an issue with stress and being anxious. I did not realize how much it would exponentially increase once starting my courses and balancing my normal life with my professional life. According to the American Psychological Association in a survey of college counseling centers, 70 percent of centers stated that the number of students with severe psychological problems has increased. That fact alone is something to be worried about. It seems painfully obvious that anxiety increases at the university level.

For people with anxiety, it is hard to tell anyone how you feel. It is hard to tell someone that you struggle everyday to not break down and give up. Furthermore, people that do not have anxiety do not like talking about issues that they do not understand. “I think that we tend to tiptoe around the issue and if their friend or roommate is really struggling just having someone ask about it kind of gives them permission to open up,” Jodi Caldwell, Ph.D., the Director of the Counseling Center, said.

So let’s imagine, just for a second, that everyone with mental illness actually spoke to someone about the issues that they were facing. If everyone that was struggling with inner demons could find solace in people that understood how it feels, there wouldn’t be 30 percent of students considering attempting suicide. There wouldn’t be 24 percent of students physically hurting themselves. There would be a university community in which students could be safe.