An Inside Look at Statesboro-Originated Band The Orange Constant 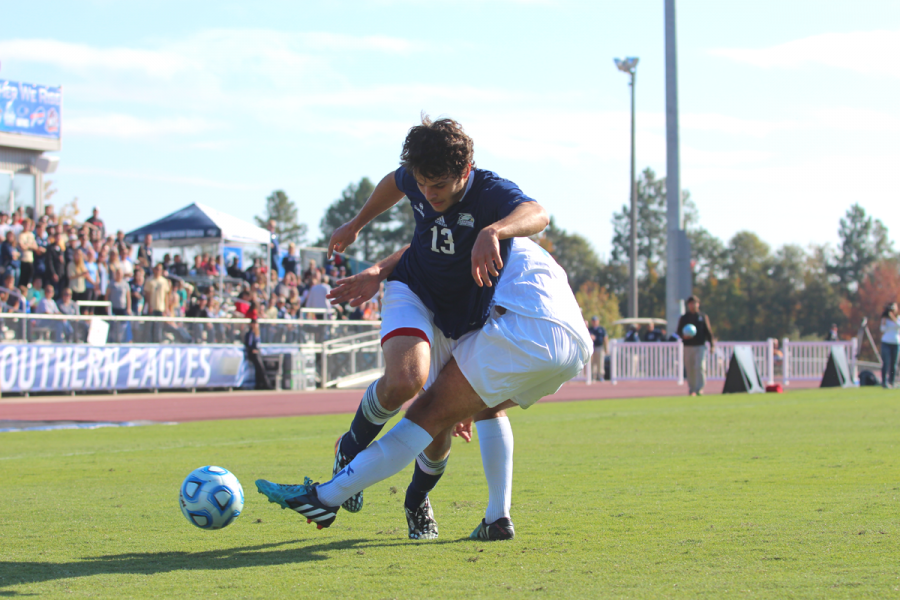 Photo credit to Julian Alexander; Courtesy of The Orange Constant

The Orange Constant, a Statesboro originated band, was founded by Nicholas Benson and Andrew Brantley in 2012. Both were Georgia Southern students and graduated with degrees in interdisciplinary studies.

Benson and Brantley played instruments even before college, but they began practicing with one another while in college. They liked the combination of their sounds together, so they decided to start The Orange Constant.

The name of the band originated from some foam that they put in the windows of the house they were renting to help with sound.

“It would glow orange in the afternoon, and so we kind of spawned that from a reference to the sun––The Orange Constant,” said Brantley.

There are five members in the group. Brantley plays guitar and is lead vocalist; cofounder Nicholas Benson plays the main guitar and sings vocals; Tyler Walker is the bassist and a vocalist; Chris Freiberg plays the keyboard; and Sam Groveman is the drummer.

The band faced some challenges when it came to finding band members a few years ago, said Brantley, but they’ve had the same five members for three consecutive years.

Another challenge that they are having to navigate currently is the coronavirus disease because they are not able to promote their upcoming album or play concerts.

The Orange Constant has headlined at Athfest and the Georgia Theatre in Athens.

They are getting ready to release their third full length album “Peel” after working on it for about a year. Brantley said one word that would describe this album is “authentic.” The newest album was also recorded with Grammy-nominated producer John Keane.

“This album is definitely my favorite. It’s got more vocal harmonies on it as well as a lot of percussion” said Brantley.

“Peel” will be available on all major listening platforms on May 12.

Courtesy of The Orange Constant