The young team keeps competing over the break 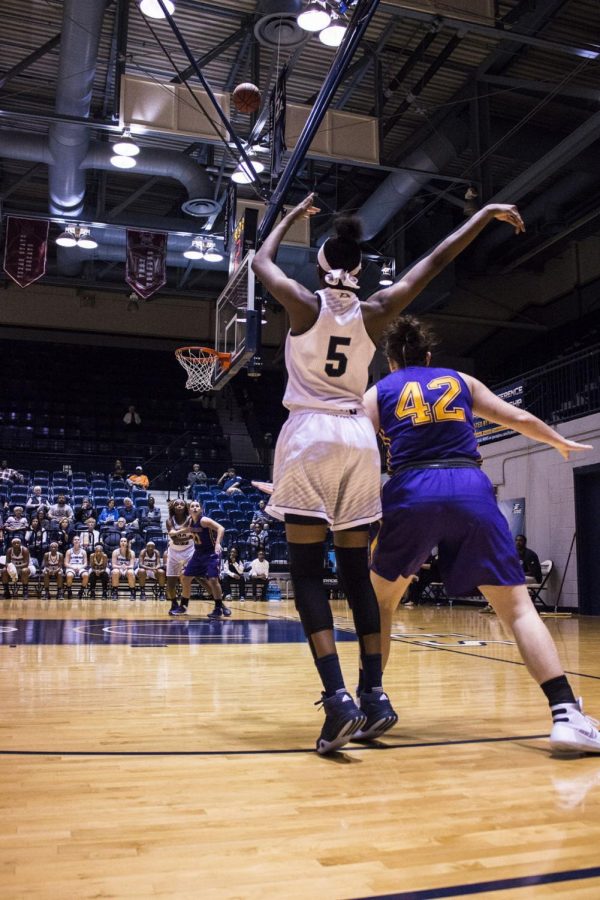 The Eagles competed in their first road game of the season at Mercer University in Macon, Georgia. The beginning of the game went back and forth, but a jumper from Sydni Means gave Mercer a 10-7 lead with two seconds to in the first quarter. The Eagles were able to obtain the lead one time in the second quarter, when sophomore Trellanie English-Lurry made a three pointer with 2:53 remaining before halftime, giving Georgia Southern a 21-20 lead. Mercer would then go on a 10-5 run and take the lead 30-26 at halftime.

The Eagles were able to regain the lead and extend it to five points, the largest lead for the team, in the third quarter with a three pointer from redshirt junior Alexis Sams. After Mercer tied the game back up, a jump shot by Kahlia Lawrence gave Mercer a 47-45 lead to end the third quarter. Mercer’s offense was able to dominate in the fourth, outscoring the Eagles 15-5 in the quarter including a 12-0 run to start the period. Angel McGowan and English-Lurry both scored a team high 11 points in the game.

Following the road game at Mercer, the Eagles travelled to Athens to take on The University of Georgia. Georgia Southern scored 15 points in the first half and shot just 7-28 from the field. The Eagles shooting woes would continue in the second half, making only 5 of their 26 shots and scoring 13 points. UGA’s Merritt Hempe would shine for the Bulldogs, scoring 20 points and lead the Bulldogs to a 75-28 win.

The Eagles (0-3) travel to Savannah State on Wednesday before returning home to face Jacksonville State on Friday.