What now? Looking ahead to the bowl game and beyond 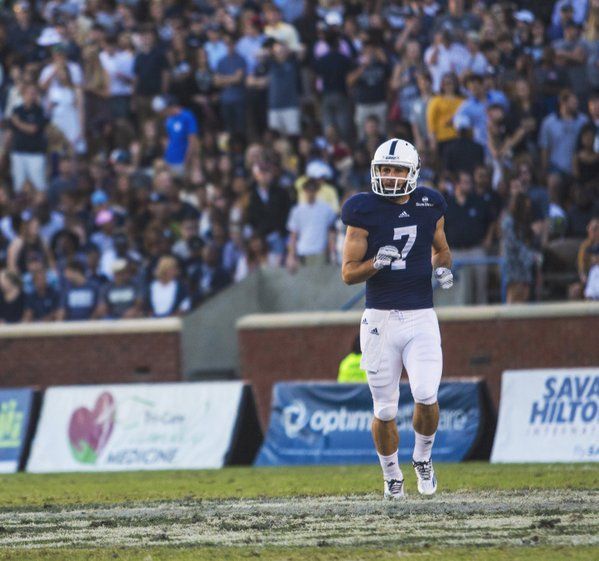 They say when it rains, it pours. Things were looking up for the Eagles as they had eight wins, and were looking at the possibility of a ten win season with a win over in state rival Georgia State and an appearance in the GoDaddy.Com Bowl. Instead, the Eagles were trounced by the Panthers in the worst loss in Paulson Stadium history, and now they have lost their two-year head coach Willie Fritz to Tulane University.

Fans are likely thinking, “What now?” The Eagles still have to play in their first ever bowl game, and the team they are facing isn’t a cupcake. They are slated to play the Bowling Green Falcons who have a 10-3 record on the season with a high scoring offense. So, what’s going to happen? How are the Eagles going to take on the Falcons? Will Fritz stay for the bowl game? Why is he leaving?

We will start in order. Georgia Southern will run their typically game plan against the Falcons. The offense is not multi-dimensional, we know what we do and we do it very well. Expect to see a very similar approach to the game that we have seen all season, with minor tweaks for the specific game plan against Bowling Green. The assistant coaches and coordinators are still here, and they will approach the bowl game with full preparation.

Will Fritz stay for the bowl game? Now, this part is my humble opinion but I will give evidence to back my claim. No, he will likely not stay for the bowl game. After announcing a job change, it is very rare for coaches to stay with their current schools except in the cases of large bowl games or a CFP appearance. Thinking in Coach Fritz’s shoes, you have to think of which would benefit you more: Leaving and getting a jump on recruiting as quickly as possible this late in the year, or staying on and delaying the transition by possibly a month and earning a bowl win (or possibly a loss) for your past team. It would make sense for Fritz to leave and either a current coach to be promoted or a new coach is brought in, anything else would show extreme loyalty to the team for Fritz, but we have to understand why it benefits him to leave.

Fritz has had an extremely impressive resume in his nearly two full seasons in the FBS and Eagle fans need to keep their respect for him. He assisted the team through a critical transition period that,all things considered, went very well. He revolutionized the offense and has left the Eagles with several great recruits and younger players that will further benefit the program in the years to come. It is easy to view this move as a betrayal, but again, let’s think from his point of view. Fritz was offered a job with a team in a better conference, closer to his family, and the final huge motivator: likely two or three times the money. It is a situation that some would call a lateral move, but he is going to a 3-9 Tulane team with nowhere to go but up, in contrast to Statesboro where we expect a conference title every year.

However, there is a reason we expect a conference title every season. With some of the best athletes in the conference and the most productive rushing offense in the country, we have the luxury or curse, of expecting to win every game. Before we lose hope, we must think about what is on the horizon: We will enter next season with one of the best running backs in the game, along with most of our key starters, and a rapidly improving offensive line. We must remember that Coach Fritz left this program better than he found. It may be raining now, but when the clouds clear we will see the bright new future that awaits this storied program.