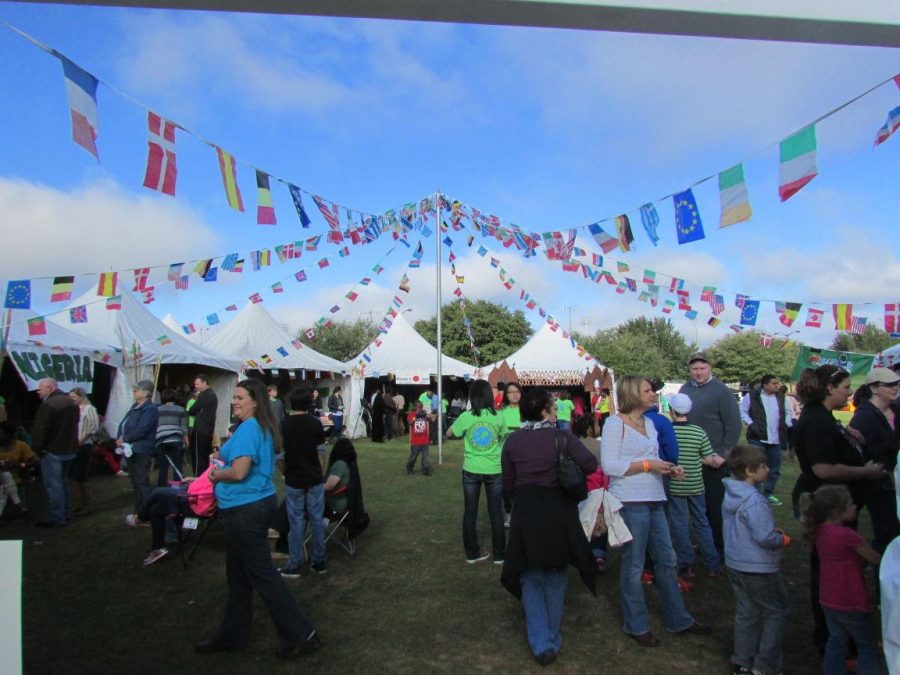 The primary attraction offered by the festival is the Global Village. Students from schools in Bulloch, Emanuel and Screven counties work to create educational booths showcasing countries from around the world. Each school picks a country, and International students from the Georgia Southern Global Ambassador Program visit these schools, providing students with information about the country they chose.

“[The Global Village] brings the community out to the festival, because you’ve got the kids participating and then the parents want to come out and see their kids,” says International Programming and Event Coordinator Angie Threatte. “It also exposes the community to different cultures, not just in their school, but they get to see international students from Georgia Southern dressed in their countries native attire.”

The festival also includes other festivities, such as the World Stage, where various musical and dance performances will be given, featuring Latin pop/rock group the Marcel Portilla Band.

Children can participate in “It’s a Small World,” where they can create arts and crafts influenced by the cultures of various countries, including sand art, face painting and Brazilian carnival masks.

The festival features international food and a bazaar. Attendees can purchase items from countries such as Japan, Peru and China, and sample foods inspired by the cuisine of many different countries. According to Threatte, while the rest of the festival is free, students will need to bring money to purchase food or bazaar items.

“We have different vendors from Georgia and other states who register to have a booth there and they sell different foods,” says Threatte. “We have different countries represented as far as food and items from the bazaar, including a vendor directly from the Philippines.”

The festival is located at Mill Creek Regional Park, a 15 minute drive from campus. Students need not worry about finding a ride to the event. A free shuttle will pick up students from the Russell Union, beginning at 8am, running every hour until the last shuttle back to campus at 6pm.

Students looking to volunteer for the event can do so by filling out a volunteer form on the festival website. According to Threatte, the help is greatly appreciated.

“It takes over 100 volunteers to help the festival run smoothly,” says Threatte. “Normal attendance for the festival is between 1500-2000 people.”

The 10th Annual International Festival will take place on November 14 from 10-4pm.