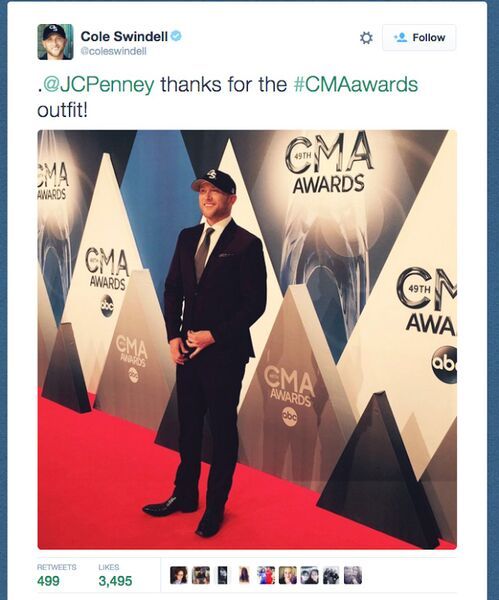 I know that as Georgia Southern students, we have some of the best school spirit in the Sun Belt, and really all over Georgia. “Hail Southern” is not only a chant, but a lifestyle. It’s hard to go here and not fall completely in love.

While this may be true, it’s pretty apparent that when many people look at this rural place, people don’t realize that Statesboro is home to some pretty cool things and people.

How about that Zaxby’s chicken finger plate that you chow down on in that little hour and a half break you have on campus? Zaxby’s originated here. Actually, right where the new one stands. The 1995 movie “Now and Then” with Demi Moore was filmed here, Danny McBride from “This is the End” is a Statesboro native, and we all know country music entertainer of the year, Luke Bryan, came right out of Sigma Chi.

Now that we’re all feeling a little nostalgic, I want to talk about one Georgia Southern alumni that represents us in the brightest light and puts our name out there everywhere he goes. If there was ever a biggest fan of our school, it would be this guy. Of course “this guy” is none other than Cole Swindell.

After graduating in 2007, Cole Swindell went on to help fellow GSU friend and Sigma Chi brother, Luke Bryan, sell merchandise and opened shows for him. When 2010 rolled around, Swindell signed his own publishing deal. Ever since, Swindell has been no stranger to the fabulous life of a country star.

This kind of fame can lead one’s head to double in size and one’s ego to fly through the roof. However that isn’t the case here. Think about this: how often do you see a picture of Cole Swindell not wearing his GSU baseball cap? Hardly ever. Seriously, try Googling images of him just to try to find other pictures without the hat and you’ll see that it’s rare. Everywhere he goes, he has us with him. CMA awards, music videos, performances, etc. He’s always ‘repping that blue and gold.

The College of Business (COBA) where Swindell graduated from with his degree in marketing, couldn’t be more proud of the alum either. A representative from the college said, “Every time Cole appears sporting his Georgia Southern baseball cap, it makes us proud to know he’s part of the Eagle Nation. In recent interviews, he’s talked about how Georgia Southern has been a part of his life since he was a little boy, coming to football games and sliding down the hill.”

To dive further into things here at Southern, Swindell has recently partnered up with the school to release his own line of GSU apparel. If that’s not love for your school, I don’t know what is.

Not only does he show his Eagle pride everywhere he goes, but he does it with the most positive attitude. We probably wouldn’t be ranting on about this guy so much if he was a total jerk-wad. Luckily, he’s not.

One Georgia Southern and Alpha Omicron Pi alum, Kelley Bradshaw, who now works for iHeart radio, has met her fellow alum many times and had nothing but positive things to say about him. “I met him before a show in Chattanooga and told him I went to Southern and he was super sweet, asking me my major and congratulating me on my job. He said he loved to see some alumni working with country music! And of course, he was wearing his Georgia Southern hat!” Bradshaw, along with many other students and fans, have nothing but favorable and supportive things to say about him.

He’s just as awesome behind a screen as he is in person, with the way he responds back to fans on social media like Twitter. It’s like every other day he’s on there giving shout outs or meet and greet passes for die-hard fans. Not to mention he practically retweets everything Georgia Southern, from news happenings to everything sports. He’s constantly proving to the world that fame and fortune hasn’t taken away the country boy from his small town and school.

Cole Swindell is an outstanding alum and never ceases to make us proud. With that being said, it’s our job to show our support for him. With the UGA vs. Southern game this weekend, I know we will all be in Athens, giving us no excuse to not be at his concert the night before. He didn’t open tickets up to Georgia Southern students first for nothing. So join myself, fellow GSU students and other Swindell fans alike in welcoming in an awesome weekend!