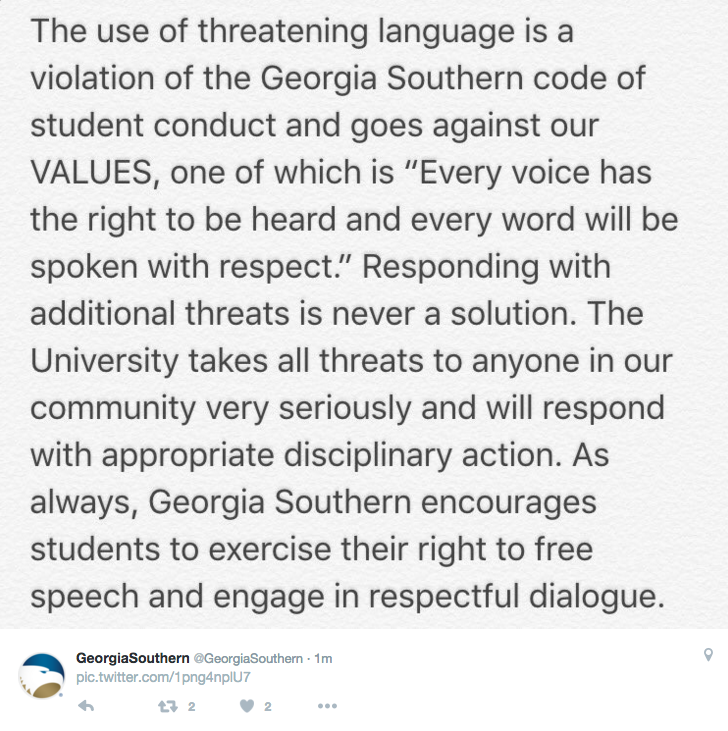 After statements made on social media by a Georgia Southern University student that were seen by many as racist, the GSU NAACP chapter issued two statements.

One holds a list of demands that the organization has for GSU including making Interm President Jean Bartels president of GSU and advancing the Center for Africana Studies.

This is an ongoing article and will updated as information is made available.