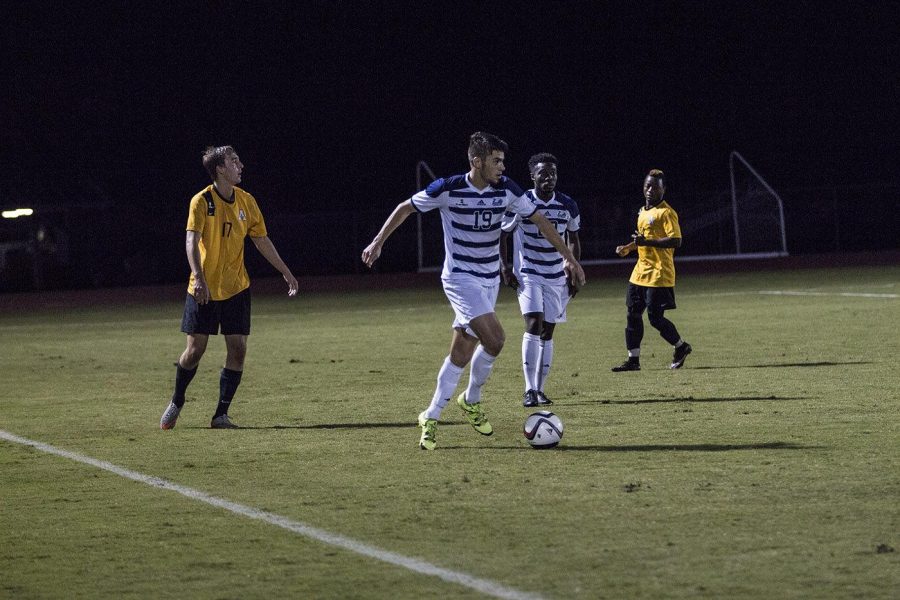 The Georgia Southern Eagles are set to face the Georgia State Panthers this Friday in the semi-finals of the Sun Belt tournament. This is an end of the regular season rematch that the Eagles lost 5-3. The Eagles were up 2-0 in the first 30 minutes of the first half before freshman Tristen Trevino scored his third goal in the 37th minute to catalyze the Panthers into scoring three straight goals, giving them the lead. The Eagles responded in the 73rd minute with Adam Abdellaoui’s goal, but they could not last out in the end. The loss placed the Eagles as the third seed in the Sun Belt Tournament with Georgia State as the two seed, Hartwick as the one seed, and Appalachian State and NJIT playing for the fourth seed on Thursday.

The Eagles still remain confident they can achieve their goals on winning the conference and journey to the NCAA tournament, but it will be a tough road to get there. They beat both App State and NJIT, but have lost to Hartwick and Georgia State by a combined score of 8-3. In these matchups, they have to be able control the game and set the tone early if they want to get to the next step of becoming champions for the first time in school history.