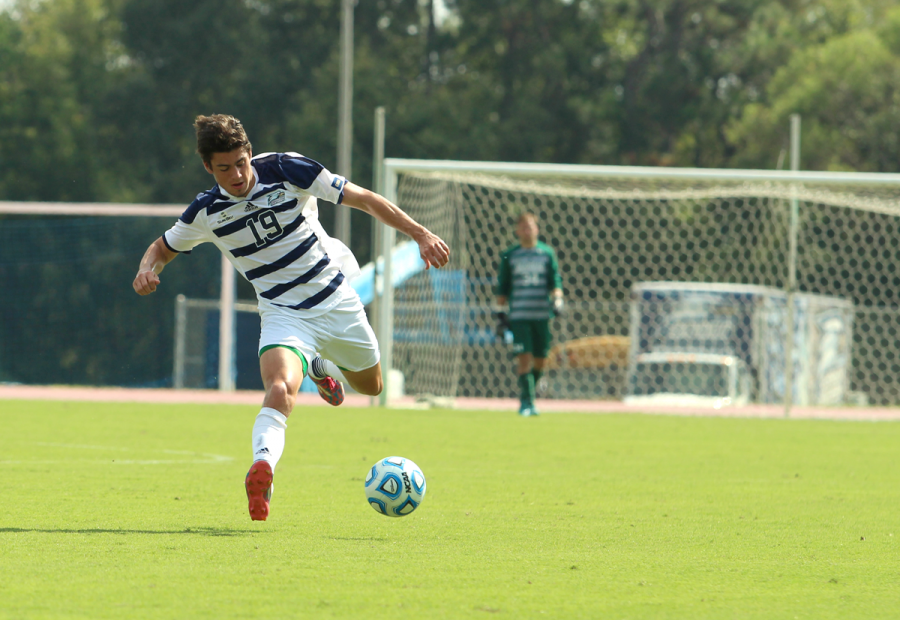 The first ever Sun Belt Conference Championship for men’s soccer will be held in Statesboro this week, with No. 3-seeded Georgia Southern hosting.

Hartwick is the No. 1 seed after finishing the season with a conference record of 3-1-1. Georgia State clinched the No. 2 seed with a 1-0 victory against Georgia Southern over the weekend. If Georgia Southern had defeated Georgia State, the Eagles would have been the conference champions and the No. 1 seed, but the loss dropped the Eagles to the No. 3 seed. NJIT and Appalachian State round out the bracket at the No. 4 and 5 seeds, respectively.

Although Hartwick is the top-ranked seed, they are hardly the favorites. In fact, the top 3 seeds all defeated each other in the regular season. Georgia Southern defeated Hartwick 2-0 earlier in the season. Georgia State lost 1-2 to Hartwick in a close match, but then turned around and beat Georgia Southern this weekend. Competition at the top of the bracket will be fierce, as all of these teams have shown themselves capable of beating each other on any given night.

Georgia Southern will be led offensively by Juniors Emmanuel Raji and Eric Dinka, who both have four goals on the season. Raji and Ethan LaPan lead the team in assists with three on the season and will look to continue to get their teammates involved on offense. The Eagles defense will be anchored by their nationally ranked goalkeeper, Jack Falle, who is fourth in the nation in saves per game, averaging 6.14 per contest. He has 86 total saves on the season, putting him at eighth in the nation in total saves. The Eagles will need him to continue his strong play if they want to win the tournament.

Play will open on Thursday when NJIT takes on App State in the first round. The winner will move on to face top seeded Hartwick in the semifinals. Georgia Southern will once again face in-state rival Georgia State on Friday, with the winner advancing to the championship round on Sunday. The winner will get a bid for the NCAA tournament, which begins Nov. 20.