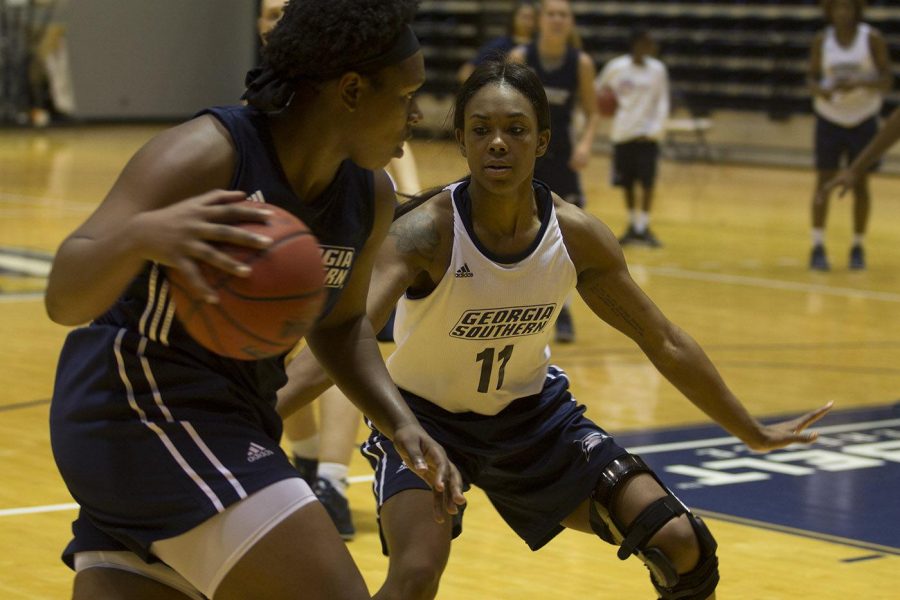 The Georgia Southern Women’s Basketball team is looking to begin a new era of competition and winning and in the 2015-2016 campaign.  After going a combined 23-68 in the last three seasons, the Eagles are ready to move forward with a new coaching staff and a new mindset.

The Eagles are returning seven of their top eight scorers from last year’s squad, all of whom averaged at least 11 minutes per game. That experience will be invaluable for a team that’s learning a new system and getting acclimated to a new coaching staff.

One of those players is Preseason second-team All-Sun Belt selection Patrice Butler. The junior forward averaged 12.2 points per game and 5.5 rebounds per game last season.  She will be a crucial piece for the Eagles as they begin the 2015 season with a new staff and a new system. Other returning starters include three juniors who all averaged at least 20 minutes per game last season. Forward Briana Jones and guards Alexis Sams and Angel McGowan should provide the Eagles with experience and leadership as they help guide the team as the season begins.

“You have players that have played in college basketball for a few years, they know what to expect, they know the demands on their time,” Drown said. “You hope their gonna step up and be leaders and take those young kids and show them how we do things.”

“I have three goals for us this year,” Drown said. “Number one is for our kids to say when they get finished, ‘that’s the greatest team chemistry I’ve ever been a part of.’ Number two is for us to get to a .500 record… right now, in terms of our process, that’s our second goal. My third goal is that we qualify for the Sun Belt Tournament this year.”