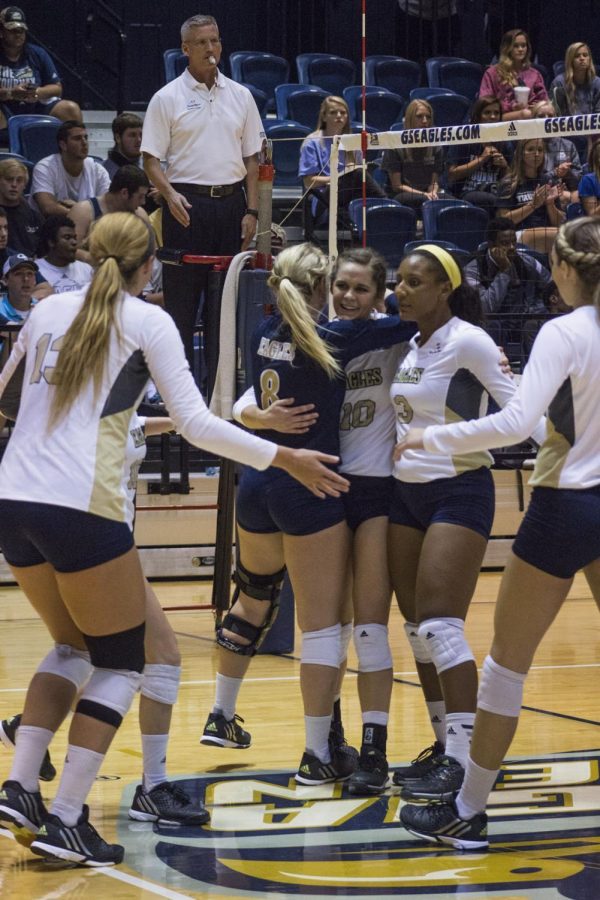 On Saturday, Sept. 19, the Eagles played ULM at Hanner. They lost a nail-biter 2-3. On Thursday, Oct. 15, the two teams played once again. This time, the Eagles didn’t lose a beat and they defeated their opponents in a convincing 3-0 fashion.

Redshirt sophomore Megan Chevalier came up big for the Eagles as she led the team in kills with 10. Freshman Stephanie Spencer and sophomore Cathrine Murray followed right behind her with nine kills each. Redshirt junior Katie Bange earned six kills and came up with six digs to follow.

When Southern last played ULM, the match went to five sets. Both teams played about evenly. It was the first set 20-25 and fourth set 23-25 that Southern couldn’t pull out the set points. The story completed changed on Thursday when the Eagles won 25-22, 25-19, 25-9. They hit with a very high accuracy of 0.333 on the night and didn’t lose tempo. Instead of letting up after winning the first set, the team stayed high and never let the Warhawks recover.

Friday was a similar deal when the Eagles played the Ragin’ Cajuns. Dominating the first set gave the team momentum. 25-16, 21-25, 25-14, 25-22 was the final score, giving the Eagles their second win streak of the season.

Murray put up 16 kills against UL Lafayette. She led the team and has been a major contributor to the team’s recent success in their last matches. Spencer was second in kills with 11 while redshirt junior Crysten Curry and Chevalier were behind her with seven kills.

It was just the Eagles that played with the better plan and more drive. The team minimized their errors and played up to their potential. Staying high to outpace their opponent has worked well for the team. They still have a handful of matches before the Sun Belt Championship in mid-November. There is still time for the Eagles to optimize their gameplan and performance before then.