Statesboro gets a “Trick and a Treat!” from Georgia Southern’s Opera 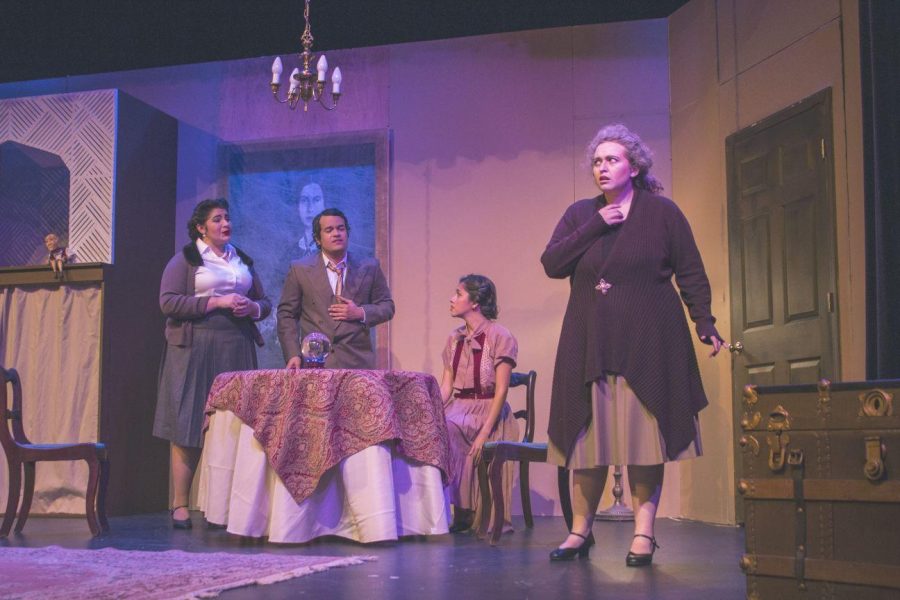 Coming from the average college student, when you hear that there is an opera showing, one may have preconceived thoughts and may misunderstand what an opera actually consists of.

The Georgia Southern Opera’s performance of Gian Carlo Menotti’s “The Medium” and William Bolcom’s “Lucrezia” will clear up those misconceptions and allow those who enjoy various genres of music to enjoy opera as well.

The “Opera Breve VII: Trick AND Treat!” is GSO’s seventh annual installment of the “Opera Breve” series and is comprised of the two American one-act operas.

Both of these productions have their similarities and differences from shows performed by GSO in the past.

We’ve done double headers before, but what’s different from these shows is that they are very modern,” Devin Ruiz, who plays Mr. Gabineau in Friday’s showing of “The Medium” and Ignacio in Sunday’s showing of “Lucrezia,” said.

Each show will consist of different student actors on both nights who all bring different mannerisms and characteristics to their characters, making each show different from the ones from the previous night.

In “The Medium,” the main character Madame Flora is a fortune-teller who has an unexplainable experience during a séance, which ultimately makes her delirious and ends in tragedy.

“’The Medium’ is very dramatic and very heavy and there’s some supernatural elements that make it fun for October,” Arikka Gregory, director of the show, said.

“Lucrezia,” the second show in the double bill, is a comedy featuring a few characters that do some naughty things. The contrast of the two shows makes this night of entertainment even more enjoyable, hence, your “Trick and a Treat.”

“It’s just a bunch of really talented people who are absolutely amazing,” cast member Maria Smart who is playing Mrs. Gabineau in Friday’s showing of “The Medium” and Annunciata in Sunday’s showing of “Lucrezia” said.

So, if you are looking for free entertainment in Statesboro during Georgia Southern’s Homecoming weekend, this is a production that you should definitely mark your calendars for.