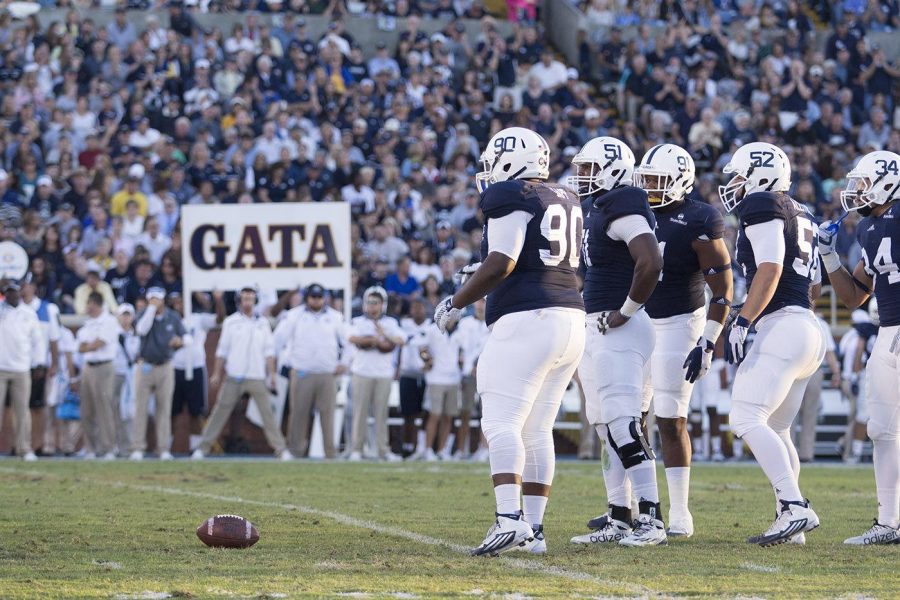 Tonight will mark the 31st meeting of the Eagles and their hated rivals, the Appalachian State Mountaineers. They will have the chance to come away with their biggest conference win of the season in front of the entire nation on ESPNU for the second year in a row.

App State currently leads the series (16-13-1) but after falling so far from grace last season against the Eagles their lead may not last long. However, the match-up this season will likely determine the who will be crowned the Sun Belt champions at the end of the season. Both teams are currently undefeated in the conference and App State is likely the toughest conference opponent the Eagles will face this season.

The Mountaineers have had a very similar season when compared to the Eagles. They played their four non-conference games in the first four contests of the season and ended 3-1. The team grabbed big wins over cupcakes Howard and Old Dominion, but also notched a 31-13 win over Wyoming. Their only loss came from Clemson in week two. App picked up their two conference wins with blowouts of UL Monroe and Georgia State.

App State’s defense will make it tough for the Eagles to get the ground game going. They are allowing an average of 11.8 points per game and have held their opponents to an average of 109 yards rushing. The Eagle running game will have to break through a tough interior core in order to get past the Mountaineers, who are allowing barely over three yards per rush.

Inside linebacker John Law is a terror in the middle of the field for the Mountaineers. This season, Law has led the team in tackles (46), tackles for loss (8.5), is second in sacks (3), and has also grabbed two interceptions. Law is a bigger linebacker that will have trouble keeping up with the speed of Breida and Ellison but if he can get a full head of steam will deal some serious damage. He is flanked by another big inside linebacker in Eric Boggs who also has two interceptions and is second on the team in tackles with 40.

The rivalry can get heated, so it is important for fans to keep a level head when on the road in Boone. If you are confronted by a Mountaineer fan or student be sure to not move or speak too quickly and startle them. If they try to insult your intelligence, politely remind them that Appalachian State graduated Caitlin Upton (not Kate), the Miss South Carolina YouTube phenomenon, “…like such as, South Africa and The Iraq, and everywhere, like, such as…”

While the rivalry may be intense, the Mountaineers and the Eagles sit in a very similar boat as they always have. Combined, the teams have gone 19-2 in Sun Belt play, with App to credit for the two losses, and each will likely represent the conference in a bowl game this December. The winner today will own the rivalry for at least another season and likely move on to win the Sun Belt outright. The game kicks off tonight at 7:30pm in Boone, N.C.