Eagles suffer heartbreaking loss to the RedWolves on Senior Night 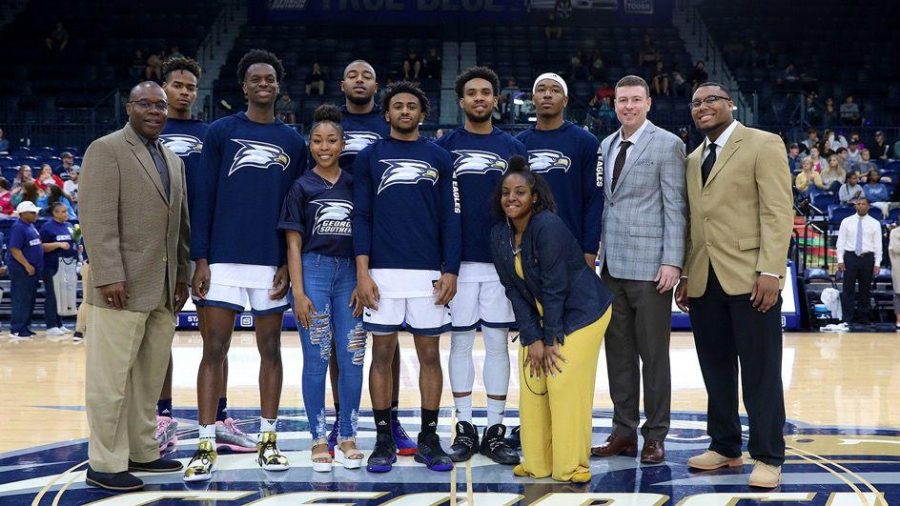 The Eagles were leading 73-69 with a minute to go but then the Red Wolves got a turnover and then a three-pointer that made it a one point game.

Calvin Wishart was fouled but missed the 1-and-1 free throw, which Arkansas State took advantage of, by scoring a layup with seven seconds remaining to take the 74-73 lead.

Calvin Wishart got off a half court shot but it fell short.

“I mean we’re all heartbroken about this,” Head Coach Mark Byington said. “We played so much into this with all the hours put in and for it to come down to something like that, it’s unfortunate. It’s a bad ending.”

With the loss the Eagles dropped from the third seed to the fifth seed for the Sun Belt tournament after South Alabama and Georgia State won.

“These seniors have won a lot of games and the guys who have been here for three years, they’ve averaged over 20 wins a season for the last three years,” Byington said. “That hasn’t happened at Georgia Southern the last 30 years and they’ve won a lot of games. So the time for them to reflect would be when the season is over but we’ve got our biggest games of the year coming up.”

Gs will host the winner of Louisiana and Arkansas State on Monday in Hanner at 7 p.m for the start of the second round of the Sun Belt tourney.