Eagles prepare for the toughest series of the season against No. 4 Georgia 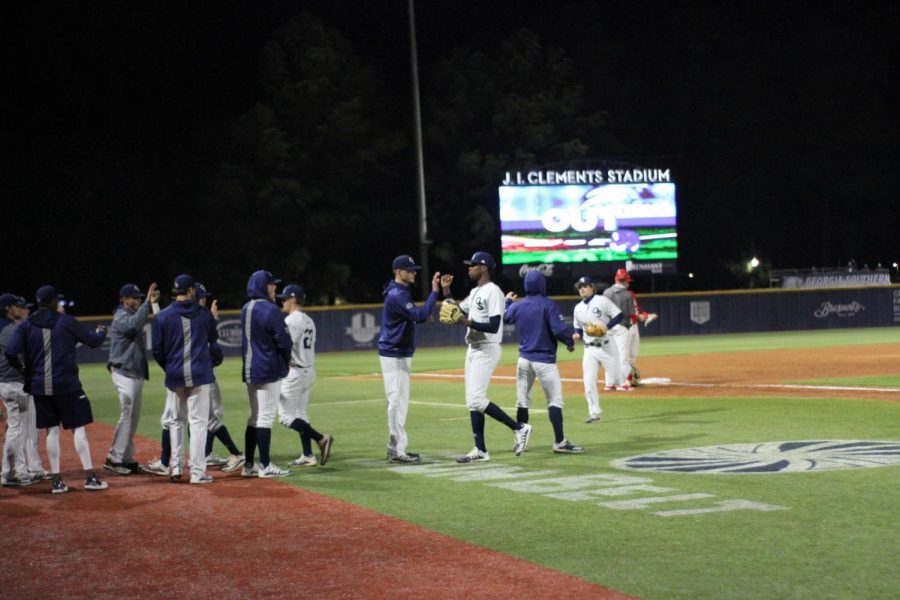 The Georgia Southern baseball team looks to get back on track after getting back to .500 with the win over Radford on Sunday.

After winning the series 2-1 against Radford, the Georgia Southern baseball team will be back in action in Athens to take on No. 4 Georgia.

GS is now sitting with an overall record of 5-5 after going 2-5 in their last seven games.

The Eagles started 3-0 but then had four straight losses against No. 19 Georgia Tech and No. 21 East Carolina. But, there are plenty of games left in the season to get back on track.

Tyler Owens will be starting for game one against the Bulldogs. Owens has appeared in three games so far this season, while starting one. He has allowed one run, six hits and struck out 10 batters in eight full innings.

GS and the Bulldogs will play three games this season with one game in Athens, one game at a neutral venue in North Augusta, South Carolina and one game in Statesboro next Wednesday.

This will be the eighth consecutive year that the Eagles and the Bulldogs have played each other.

Georgia comes into the game 11-1, coming off a weekend sweep of No. 19 Georgia Tech.

Garrett Brown will start game one of the series for Georgia. Brown has started and appeared in two games this season, allowing three runs, six hits while striking out 10 batters in nine full innings.

The three-game series will kick off at 5:00 p.m. at Foley Field. The first game will be streamed on SEC Network. The following games will take place on Wednesday at 6:35 p.m at SRP Park and then next Wednesday at 6 p.m at J.I. Clements Stadium.