The Volleyball team ready for the FAU Invitational 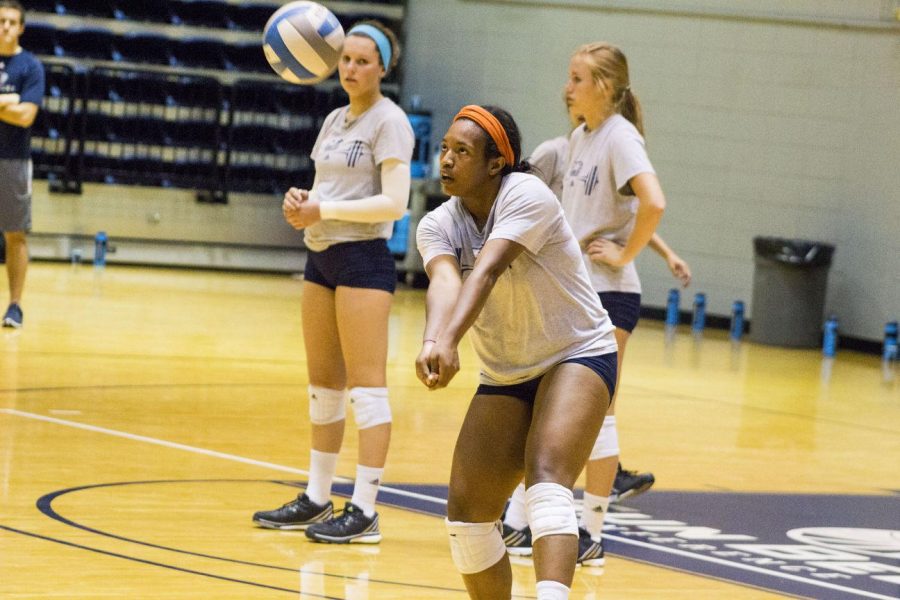 Georgia Southern will be taking a new and re-energized team to face off against Binghamton, Stetson, Bethune-Cookman and Florida Atlantic in the FAU Invitational. Head Coach Dustin Wood knows his team is ready and sparked for a new season with big changes.

“We’re out to win a championship,” Wood said. “We’re capable of it. We’re hungry and ready to be back where we were.”

A 28-6 season in 2013 with a Southern Conference Championship win made for a monumental memory in the program’s history.

2014 may not have been everything the Eagles hoped for, but they have been working hard in the off-season to prepare for things to come. With the return of pivotal players and a slew of newcomers, the team is ready to show what they have.

“There’s lots of things,” Wood said. “We have a lot of young freshmen this year. It’s up to the upperclassmen to show them the way.”

Losing junior Alex Beecher, junior Crysten Curry and junior Katie Bange had major drawbacks on the team last season. “It was tough not having them; they were leaders,” Wood said. “We were just really inexperienced last year. It was a tough schedule too. It put them to the test.”

Now with 7 new freshmen on the roster, the Eagles have been bonding much better. Wood emphasized the importance of team chemistry and everyone needing to be on the same page.

Bange, Curry and Beecher were the first players he mentioned having major potential in Florida this weekend. In addition to them, he also mentioned Freshman Lauren Reichard and Freshman Stephanie Spencer playing big.

“We got a good group this year, and we’re ready to go. We’re happy to be home and we’re very excited hosting the Sun Belt Championship.”

The season opens on Friday, Aug. 28 with the FAU Invitational. Following that will be the Georgia Cup on Sept. 3. The Eagles will have their first home meet on Sept. 11 against Tennessee State at 12 p.m. in the Hanner Fieldhouse.