Up With People to Perform in the ‘Boro 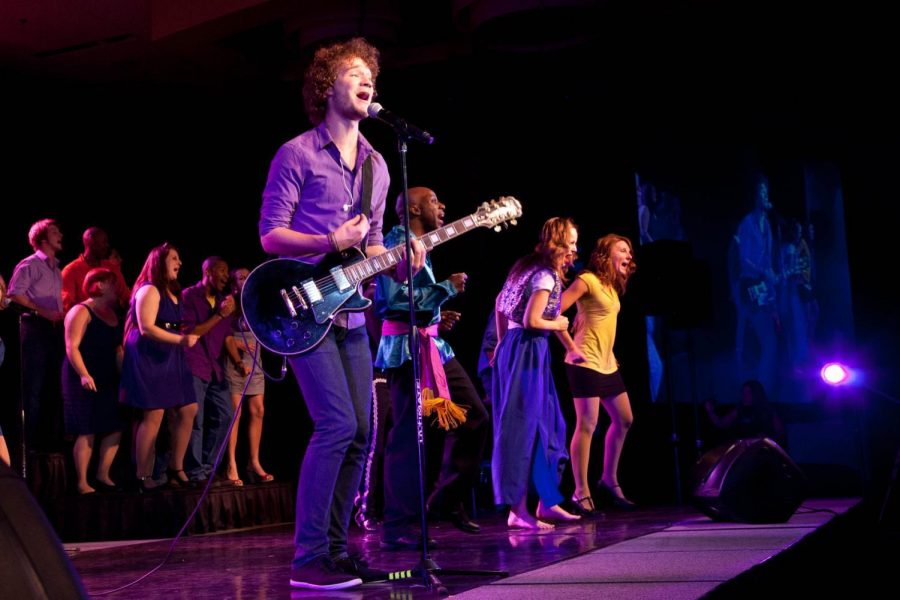 Up with People is bringing its multicultural flair to Statesboro High School this Friday at 7 p.m. for their 50th Anniversary Celebration, a smash musical known as “The Journey.”

Statesboro is one of only 15 American stops on their world tour which launched in Denver, Colo. last June. The group of performers will travel down to Florida and then to Mexico and Europe following their stop in Statesboro.

The show itself celebrates culture by bringing together 110 people who represent the culture of over 20 diverse countries. The performance is a musical that features original music, popular songs, and colorful costumes.

“‘The Journey’ is a show that will take you on trip through time, the world and a person’s life,” Paty Salazar, a supervisor for the Up with People organization, said. “After every show we have a very good response from the audience, they are surprised of how much energy the cast has and how good the show and the transitions are. They see more than they expected and get energized to take action in their communities. A lot of people that saw the show in 2013 have mentioned how pumped they were with the energy on stage,” she said.

Up with People was established in 1965 by J. Blanton Belk in an attempt to aid in multicultural relations. His dream has been achieved as casts of the show have performed in four Super Bowl halftime shows, Olympic ceremonies, and many tours.

On top of performing, the group will participate in community service in Statesboro in an attempt to reach a goal of 1,000 community service hours by the end of the tour, interview people to join the cast in future tours, and stay with host families as a way to share cultures and learn about local customs.

Tickets are $15 for adults and $10 students, seniors & children and are on now sale at Averitt Center for the Arts.