Softball and Baseball wrap up their seasons 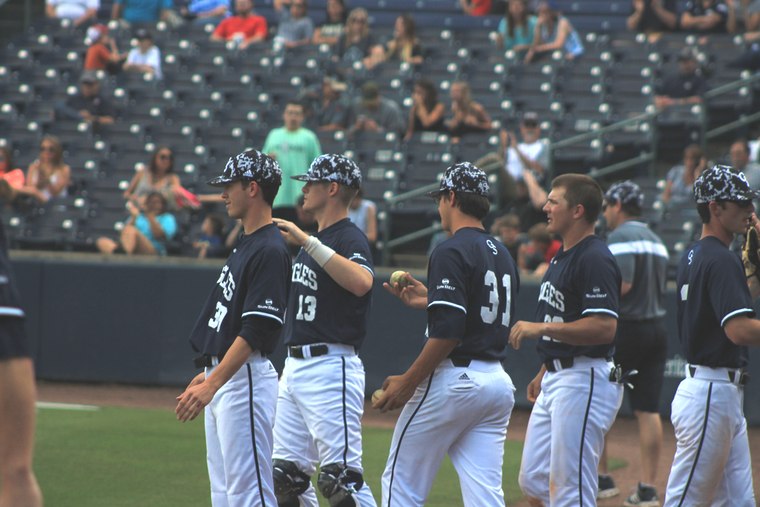 The Georgia Southern Baseball and Softball teams finished up their seasons with a trio of losses in the first round of the Sun Belt Tournament.

The Eagles Softball team (12-39) came in as the eight seed in the bracket and took on in-state rival Georgia State in the first round. The Panthers scored five runs in the first inning and never looked back. In her final appearance, senior Brooke Red lasted just 0.2 innings, the shortest outing of her career, leaving with the score 2-0 and two runners on base. Kierra Camp relieved her and gave up a three run home run that made the score 5-0.

Camp settled down after that and held the Panthers scoreless for the next three innings. But in the fifth, the Panthers capitalized on an Eagle error and scored three more runs to make the final score 8-0.

Breanna McLendon and Taylor Rodgers collected the only two hits for the Eagles in the game.

“I hate to see the season end this way for our seniors,” Coach Annie Smith said in a press release. “But I’m proud that our team didn’t quit.”

The baseball team (30-27) entered the tournament as the four seed, and faced off against Georgia State in the first game. The Eagles dropped a nail biter to the Panthers, falling 2-3.

The Eagles trailed 0-2 headed to the bottom of the seventh inning. The Eagles rallied to tie the game, but gave up a run in the top of the eighth that proved to be the game winner. The Eagles out runners on the first and third in the ninth, but couldn’t push across the tying run.

The Eagles then faced off against Arkansas State in the elimination game, and lost 1-6, ending their season.

The Eagles scored their lone run in the top of the seventh when Dalton Busby singled in Ryan Cleveland. Tripp Sheppard took the loss for the Eagles, going three innings and allowing five runs on seven hits and a walk.

“It’s disappointing and I feel like we didn’t play our best baseball over here,” Coach Rodney Hennon said in a press release. “I am going to miss our six seniors, and couldn’t ask any more from those guys.”