GSU rider makes it to Nationals 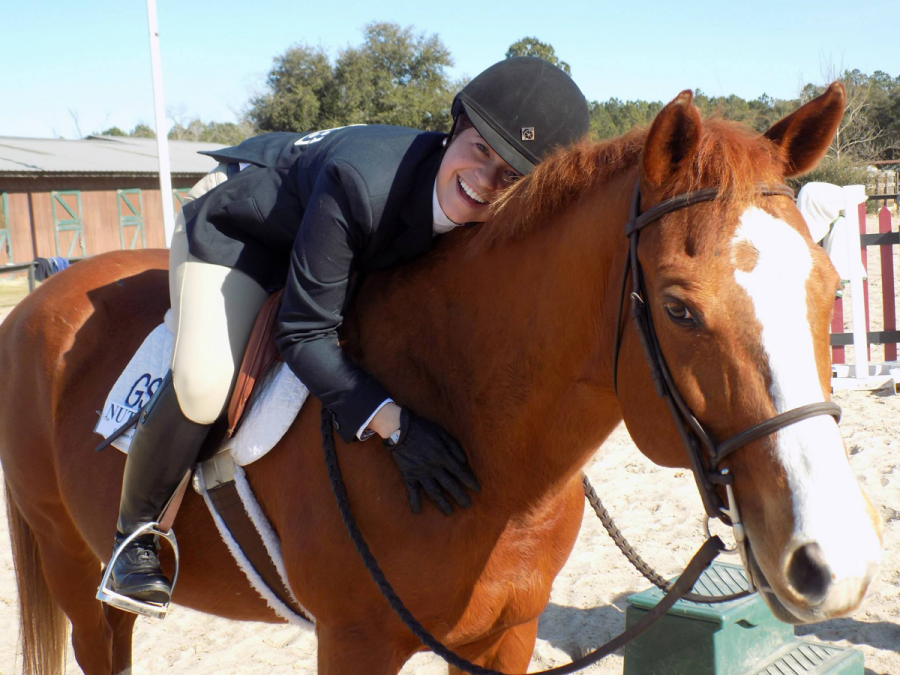 There are over 8,000 riders and over 350 schools that are a part of the Intercollegiate Horse Show Association (IHSA). But, sophomore Allison Gilbert is one out of just 16 to make it to the 2015 National Championship.

“Nationals is comprised of the entire nation. It’s the top of the top. She will be competing with the 16 best riders in her class around the country,” William McCarthy, team treasurer, said.

With the help of the Georgia Southern Equestrian Team, Gilbert did so well during her competitions that she got an automatic bid into nationals. To make it to that level, riders over the course of the year have to build up points at local shows to make it to the Regional Finals.

“Starting out during the year, we usually practice twice a week, and once regionals and zone happened, I ride here about four times a week. Sometimes I ride two horses a day,” Gilbert said.

GSU is in a region that also includes schools like Clemson, College of Charleston and Lander University. Gilbert made it to Regionals and placed first overall, which then continued her up to the Zone Finals. At this competition, the top two riders will make it to Nationals, and Gilbert earned that spot with a second place finish.

At Nationals, Gilbert will be competing in the walk/trot division. The skills showcased in this competition are things that the riders prepare for all year, but what is almost impossible to plan for is the horse a rider gets.

Unlike usual horse shows, riders have to select a horse at random each show with only a basic description of the horse. There is no comfort between the rider and the horse, just the skills the rider can show off with the horse.

“You have to be able to ride a huge amount of horses. You obviously have to practice anything from a little pony to a big warm blood,” Gilbert said.

As soon as Gilbert gets her horse, she will immediately go into the ring and will have to walk around in a group while getting asked to show different skills. She will have to show rising trot, sitting trot, to ride at the walk and reverse directions around the ring. The judges will be looking for Gilbert’s position in the saddle as well as how well she can handle an unfamiliar horse.

“She’s a really good rider. Every time she has gone to another competition she seems kind of nervous, and then she gets in there and kills it. She is very capable rider and our coach thinks she could potentially place at nationals, which would be a really big deal,” McCarthy said.

“I would love to win first, that’s definitely the goal, to place first and be the first champion ever for the Georgia Southern Equestrain Team. But, I’d be happy just to place at all,” Gilbert said.

Gilbert will head to Eastern States Exposition in Springfield, MA on April 30 to begin the competition. The GSU Equestrian Team currently has 25 members and is open to all full time students at GSU.