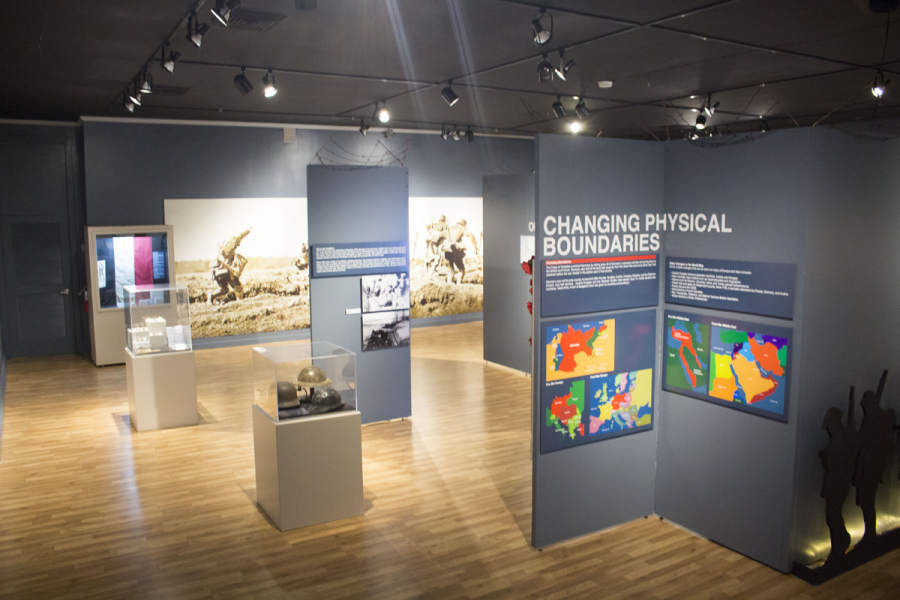 Georgia Southern University will be commemorating the 100 year anniversary of World War I entitled, “The Great War That Changed The World, 1914-1918.”

“Centennial anniversaries always bring back more attention to a subject, but it’s especially important for us to look at the First World War because it tends to get lost in public interpretation because of the national fascination with the Civil War and World War II,” said Brent Tharp, director of the Museum, “The First World War was just mentally devastating and it had an effect that radically changed technology and society.”

The exhibit will be open through January 2017. After that, there will be a second WWI exhibit, “The Great War that Changed America, 1914-1918,” that will focus on the impact of the First World War specifically in America and Georgia.

Graduate assistant and curator Sheila Boone is in her second year as a graduate student and has been studying World War I for six years. She said the most challenging part of putting the exhibit together was trying to condense the information into one room.

“The exhibit itself has been in the works for a year, and I’m really happy it’s opening for people to see what’s been going on behind the scenes,” Boone said.