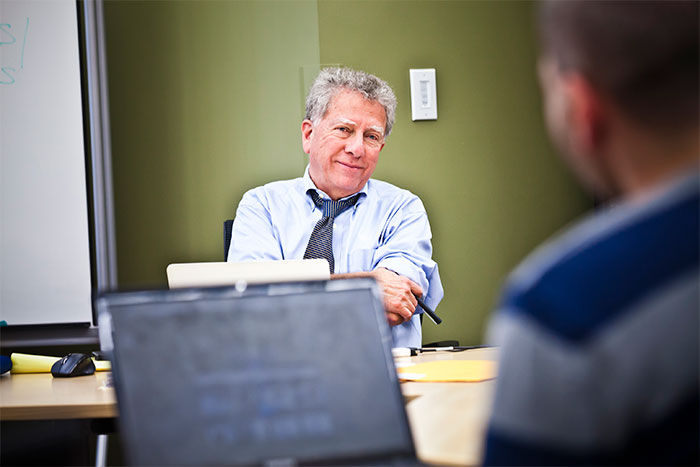 Monday night, Pulitzer Prize winning journalist and Emory professor Hank Klibanoff took some time to tell Georgia Southern University students the story of James Brazier as part of his presentation “The Past is Never Dead: Georgia Civil Rights Cold Cases and Why They Matter.”

The story was pieced together through research done by Klibanoff and his students as part of the Georgia Civil Rights Cold Cases Project, which seeks to explore “unsolved or unpunished racially-motivated murders that occurred in the state during the modern civil rights era,” according to the project’s website.

“These are cases in which African-Americans were killed for the most minor of offenses or insults to white people,” Klibanoff said. “The case we’ve spent the most time on, James Brazier, was killed in 1958 because he was driving a 1958 Chevrolet Impala. That was considered uppity, for a black man to be driving a new car.”

Brazier was a 31-year-old father and husband who worked three jobs, and was killed by police officers in Dawson, Georgia. Brazier had had run ins with law enforcement in the area, who were unhappy that Brazier drove such a new car. He was arrested for attempting to stop police from beating his father and was badly beaten himself, Klibanoff said, eventually dying from his injuries.

Two main things surprised Klibanoff during the project: the amount of violence inflicted on black Americans in the Jim Crow south, and the absolute negligence of white doctors in treating victims of that violence.

“This whole strata of professional doctors, who were not brutal in inflicting pain against African-Americans, were negligent and perhaps purposefully so,” Klibanoff said. “Failing to treat African-Americans who were brought into them who clearly had been beaten up.”

Brazier was denied treatment two separate times, by a doctor who claimed he was simply drunk, despite the fact Brazier was slurring his words and bleeding from his ears, Klibanoff said. Brazier’s wife eventually sued the police officers responsible for her husband’s death in civil court, but lost.

“You won’t find this in the history books,” Klibanoff said. “Newspapers didn’t write about this at the time. Certainly you know bout the high profile ones, but most of these are not. They happened under the cover of darkness.”

In the fall, Klibanoff and his students will be looking at two cases that occurred closer to Statesboro, in nearby Lyons and Mount Vernon, Georgia. In both cases, black men were killed in what was believed to be retaliation for voting.

“We’re left with a legacy of unknowing, a legacy of mystery, of uncertainty,” Klibanoff said. “I think it’s what we don’t know that threatens us more than anything.”

Information on the Brazier case and other civil rights cold cases in Georgia can be found at https://scholarblogs.emory.edu/emorycoldcases/.