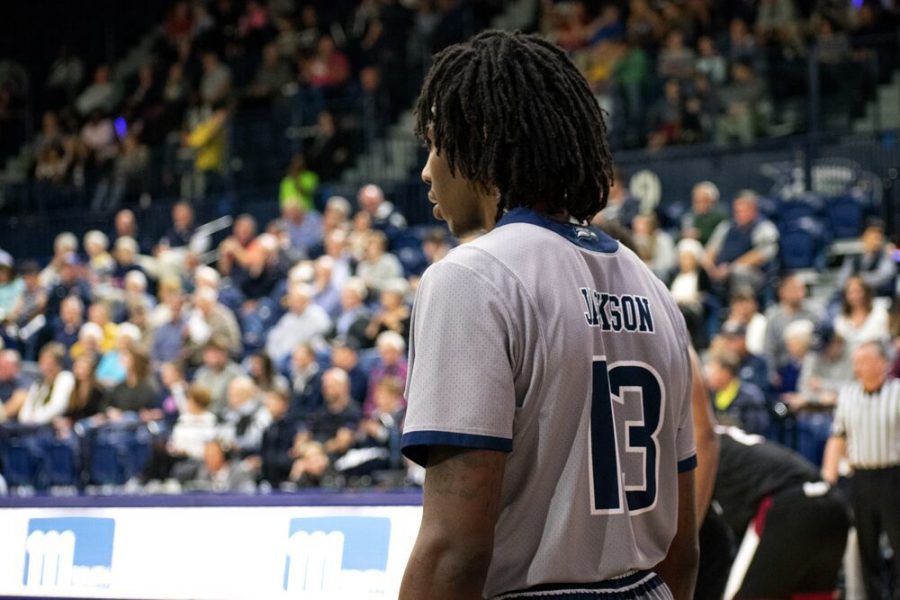 Quan Jackson has been a sigificant playmaker for the Georgia Southern men's basketball team. He enters the transfer portal after the departure of former Head Coach Mark Byington.

After the announcement of new Head Coach Brain Burg and the departure of former coach Mark Byington to James Madison University, guard Quan Jackson has entered the transfer portal, the same week as teammate Calvin Wishart.

Quan Jackson is a rising redshirt-senior and leaves GS averaging about 12 points over the course of three seasons. He was been named to the 2018-19 Third Team All-Sun Belt, and Second Team All-Sun Belt for this season. He ranked 12th in the league in scoring, averaging 13.6 points per game, and led the conference with 79 steals. He has been a starter for two seasons and has been named Sun Belt Player of the Week several times.

“I want to thank God for putting me in the right directions throughout my life and allowing me to be in the position I’m in now,” he wrote on Twitter. “I am doing what’s best for me and that is to open back up my recruitment and enter the transfer portal as a grad transfer so that I can explore every option available, including Coach Burg and Georgia Southern.”