GSU Students Involved in Crash on I-16 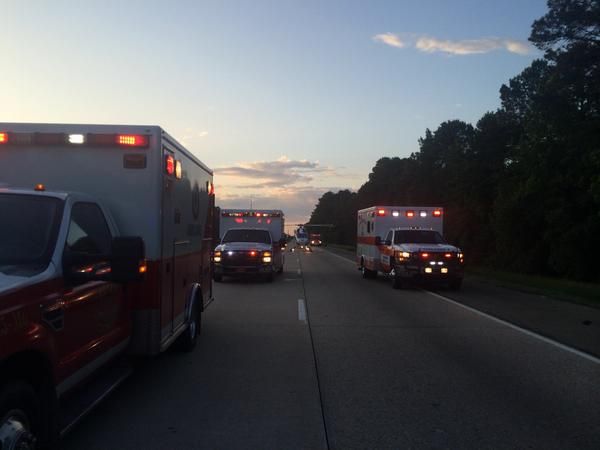 UPDATE 12:06 p.m. April 23: Megan Richards has been treated and released from the hospital per Michael Notrica, spokesman for Memorial University Medical Center in Savannah.

UPDATE 4:28 p.m.: The list of names has officially been released by the Dean of Students. The girls that passed away are confirmed as Emily Clark, Morgan Bass, Abbie Deloach, Catherine (McKay) Pittman and Caitlyn Baggett. The two girls that are being treated for their injuries have been confirmed as Brittney McDaniel and Megan Richards.

All of the girls that passed away were juniors.

UPDATE 4:00 p.m.: Leanne Moore, Kappa Kappa Gamma representative, stated that KKG decided to cancel an event scheduled for later tonight and has an excess of food for 600 people. They invite anyone in need of comfort tonight to the Sigma Nu house at 6:00 p.m. They will remain there until the food runs out.

UPDATE 3:40 p.m.: According to Bryan County News, it was a seven car pile up. The accident occurred near mile marker 140 and two of the injured were flown straight to Memorial University Medical Center.

UPDATE 3:23 p.m.: According to Freddy Howell, Bryan County Emergency Services, around 1:45 a.m. a crash between a tractor trailer and RV occurred. Later that morning around 5:45 a.m. one to two semi trucks failed to slow down for traffic and hit the cars in front of them.

The University President just sent out a press release stating that several Georgia Southern University students died in the crash that occurred early this morning on I-16.

Two students were injured; however, the end of the press release states that “losing five students is almost incomprehensible.” The students’ names have not yet been released in order to make sure that families are the first to be notified.

Georgia State Patrol is still investigating and not released any information yet.

The George-Anne will continue to release updates on this situation as we receive them.