A trip to the title game on the line 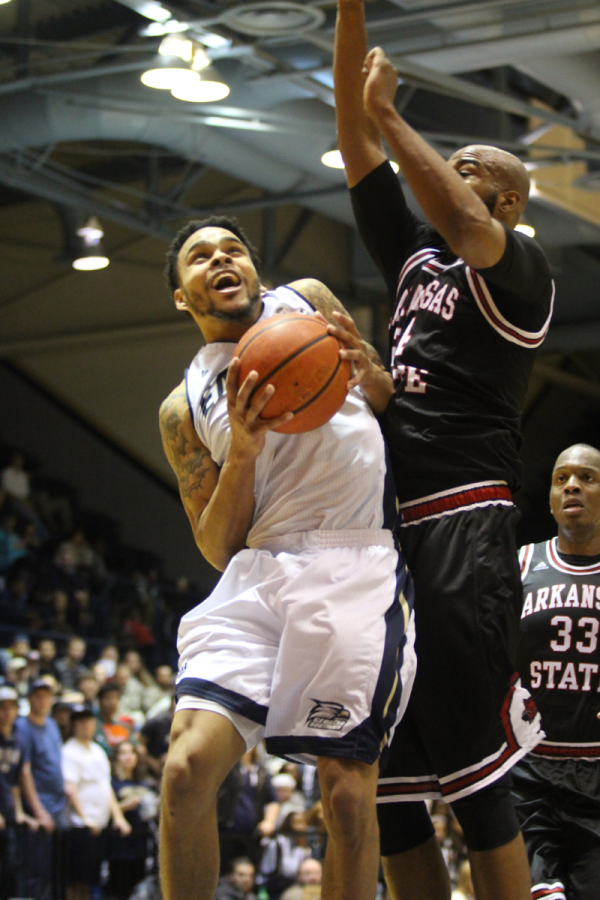 Because of their 14-6 conference record, the Eagles earned a double bye and are playing their first game since losing to Georgia State last Saturday in the season finale in Atlanta. The team didn’t find out that they will face the Warhawks until about 9:15 CT last night.

They’ve been in New Orleans since Wednesday morning and have practiced every day. Head coach Mark Byington said they have split time in practice preparing for any of the three teams they could have faced.

Once South Alabama beat Arkansas-Little Rock on Thursday night, the focus of Friday’s practice was narrowed down to two teams.

“We’ve split our prep so far 50-50, getting ready for South Alabama and ULM, and then once we know the team we’re going to play, we’ll put together the final scouting report,” Byington said Friday afternoon. “The good news is that we’ve played everybody twice so there’s a lot of familiarity, but there is a quick turnaround for tomorrow once we find out who we play.”

The best thing ULM did last night to drown the Jaguars is the same thing that put the Eagles in a hole against State last weekend: offensive rebounds.

Georgia Southern had its worst rebounding performance of the year against Georgia State; especially on offense where the Panthers doubled the Eagles total 14-7.

Byington and the team did not hide the fact that rebounding was one of the primary focuses in practice this week.

“Coach said two big keys would be getting stops and getting rebounds,” forward Kyle Doyle said.

GS, ULM and Georgia State were battling for the top two seeds the last few weeks of the regular season, so it comes as little to no surprise that the Eagles face the Warhawks.

The teams split the season series 1-1, with the away team winning both times. However, things are not the same as they were in either of these teams’ prior meetings.

Forward Angel Matias played in both of those games, so him on the sideline with a broken foot means both teams will be preparing differently.

Because of how handily Georgia State beat the Eagles last weekend, it would be easy to assume that ULM would try to take the Panthers’ defensive strategy and apply it today.

However, ULM head coach Keith Richard doesn’t think that is plausible because of the type of matchup zone defense State plays. Richard said that trying to duplicate their defense is nearly impossible with this amount of time to prepare, so he will go with his defense that beat Georgia Southern on Feb. 7 in overtime.

“We beat them. I’m going to take the blueprint of the one we beat them with,” Richard said.

The Warhawks typically play a 2-3 zone. They have long, athletic big men that make it difficult to get shots off at times.

“ULM they beat us here with some zone and we played well against their zone,” Byington said. Other than getting rebounds and stops, he said they worked on a lot of zone offense in this week’s practices.

If the Eagles win today, they will play in the championship game tomorrow at 1 p.m. EST on ESPN2.

No. 1 Georgia State plays No. 4 Louisiana Lafayette in the first game of the day, so the semi-finals of the tournament are exactly as they should be according to season record.